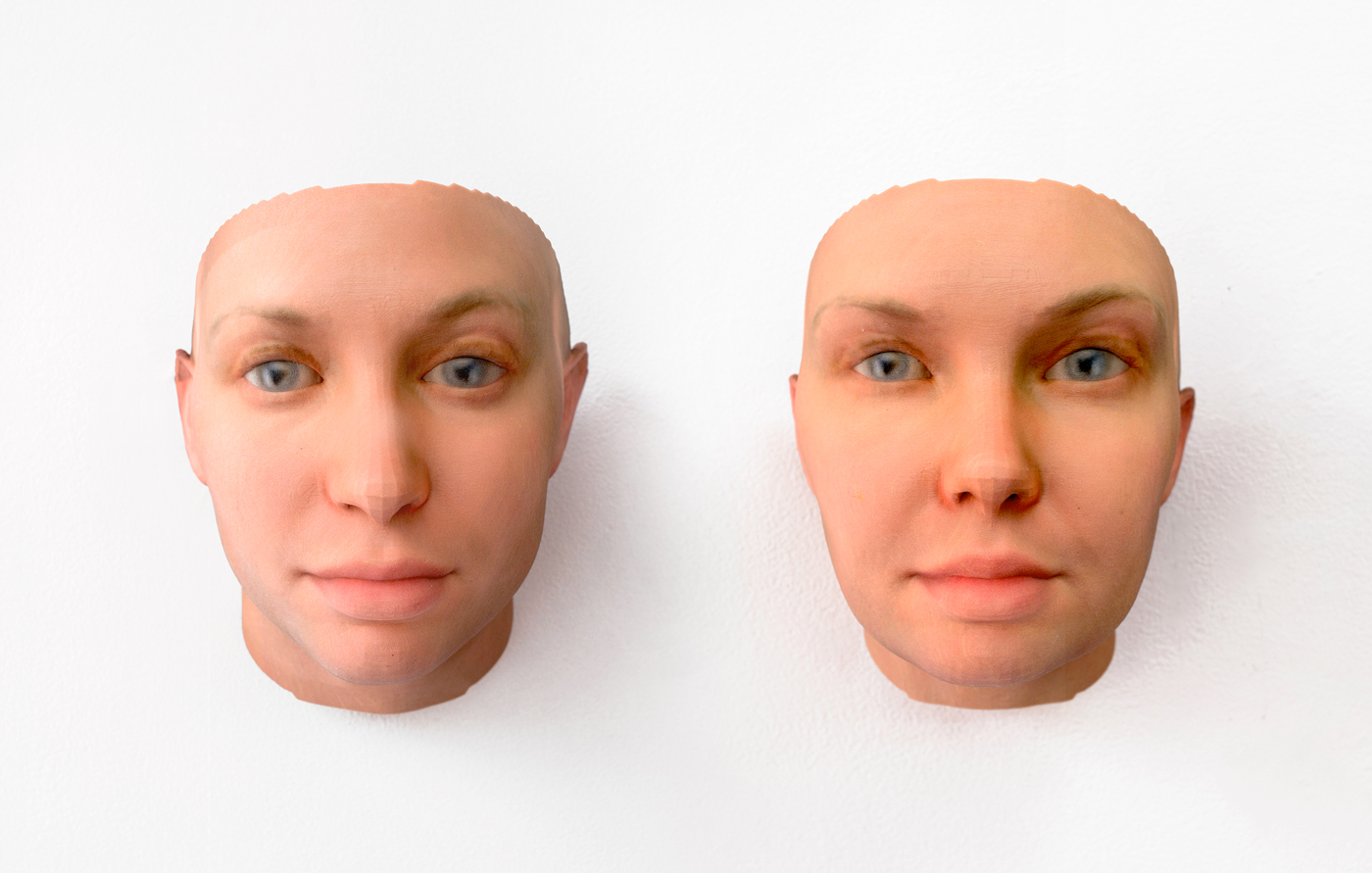 Dr. Heather Dewey-Hagborg is a transdisciplinary artist and educator who is interested in art as research and critical practice. Her controversial biopolitical art practice includes the project Stranger Visions in which she created portrait sculptures from analyses of genetic material (hair, cigarette butts, chewed up gum) collected in public places.

Heather has shown work internationally at events and venues including the World Economic Forum, the Daejeon Biennale, the Guangzhou Triennial, and the Shenzhen Urbanism and Architecture Biennale, the Van Abbemuseum, Transmediale and PS1 MOMA. Her work is held in public collections of the Centre Pompidou, the Victoria and Albert Museum, and the New York Historical Society, among others, and has been widely discussed in the media, from the New York Times and the BBC to Art Forum and Wired.

Heather has a PhD in Electronic Arts from Rensselaer Polytechnic Institute. She is an artist fellow at AI Now, an Artist-in-Residence at the Exploratorium, as well as Science Center, and is an affiliate of Data & Society. She is also a co-founder and co-curator of REFRESH, an inclusive and politically engaged collaborative platform at the intersection of Art, Science, and Technology.

ABOUT THE ARTWORK: RADICAL LOVE

Radical Love is an homage and exploration of gender identity stereotypes in forensic DNA phenotyping. The full color life-sized 3d printed portraits of Chelsea Manning were generated from analyses of her DNA, extracted from cheek swabs and hair clippings sent to the artist from Chelsea through the mail. Chelsea Manning is the whistleblower who exposed some of the U.S. government’s worst abuses and is currently serving a 35-year sentence in military prison for convictions related to those exposures. She is a transgender woman and Guardian columnist and a leader in the movements for transgender justice and government accountability.

The title of the piece, “Radical Love” comes from Chelsea’s resistance to the idea that she or her ideas are radical – a term she sees as polarizing and alienating. Instead, she points to how incredibly common it is to love and to simply want to be oneself. “Radical Love” points to a hope of moving past divisive political boundaries, to building community and new forms of knowledge and policy guided by compassion and empathy – a position which is profound in its simplicity.

The work is generated using the technique of “forensic DNA phenotyping,” to create a 3 dimensional life sized « portrait mask » that is printed in a 3D printer. This « forensic DNA phenotyping process » is a problematic, yet increasingly common police practice of generating a likeness of a suspect from their DNA alone, based on traits it contains, such as eye color and skin color.

Incarcerated since her gender transition, and rendered invisible to the public due to the prohibitive policy on visitors, no one except her family, old friends, and lawyers, has actually seen Chelsea Manning. In addition to calling attention to Chelsea Manning’s erasure from the public eye, the artwork highlights the forensic conflation of gender and assigned sex at birth, presenting a diptych of portraits to represent Chelsea, one with an algorithmically neutral gender, and the other assigned female. The exhibition of both these possible faces side by side draws attention to the problem of utilizing chromosomes or birth-assigned sex to assign gender as well as a larger issue of what it means to rely on stereotyped ideas of what a gendered face is « supposed » to look like.

As Chelsea said in her interview with Cory Doctorow in Boing Boing: « Our society’s dependence on imagery says a lot about our values. Unfortunately, prisons try very hard to make us inhuman and unreal by denying our image, and thus our existence, to the rest of the world. Imagery has become a kind of proof of existence. Just consider the online refrain ‘pics or it didn’t happen.' »

The portraits were originally commissioned by Paper Magazine to illustrate their September 2015 feature interview with Chelsea, and the 3d print premiered at the World Economic Forum in January of 2016, bringing visibility to someone who has been made invisible in the context of one of the most inaccessible events of the year.