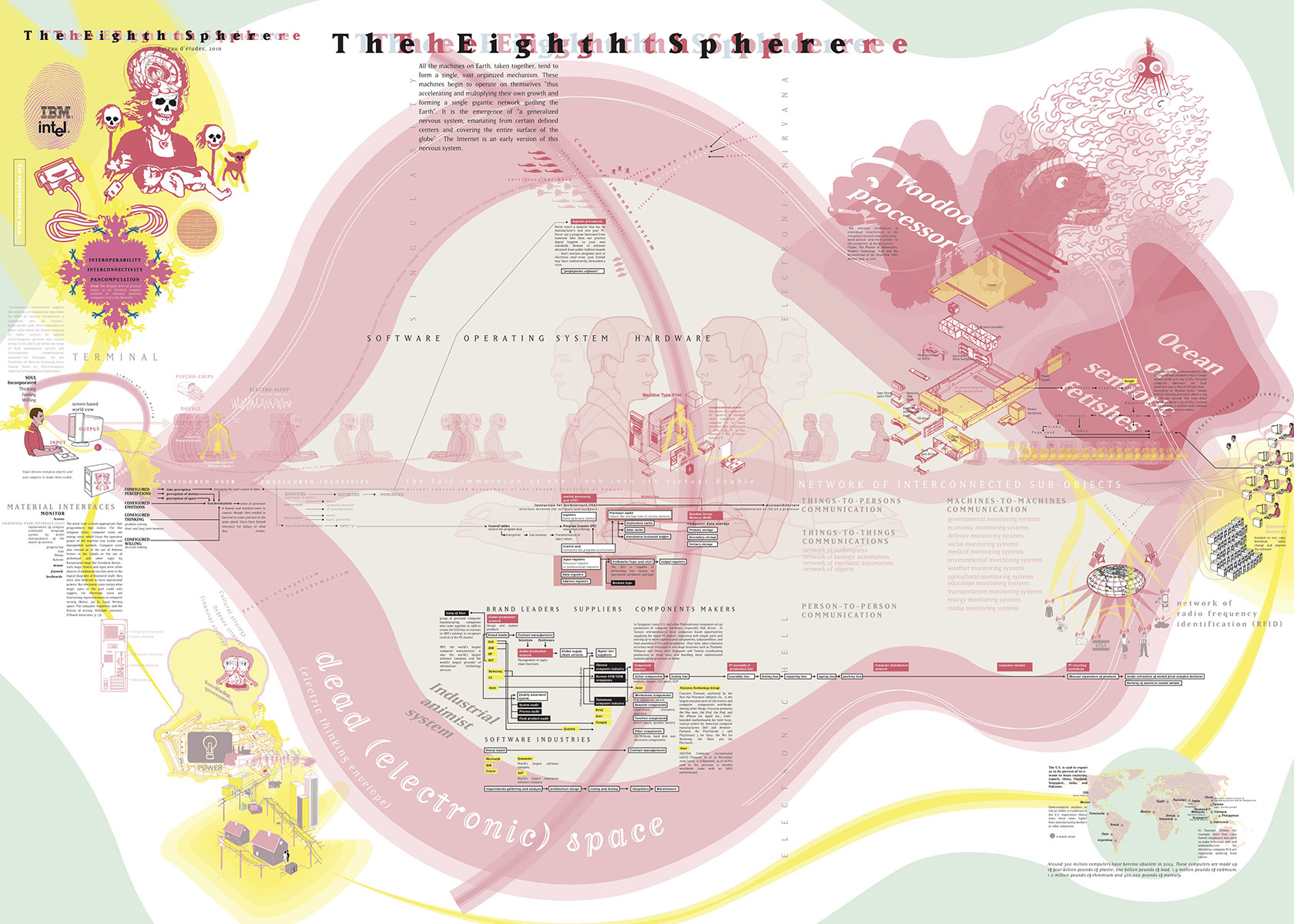 The Paris-based artists Léonore Bonaccini and Xavier Fourt form the artist-duo Bureau d´études. For the last several years, the French Group has been producing cartographies of contemporary political, social and economic systems. The visual analysis of transnational capitalism is based on extensive research and usually is presented in the form of large-sized murals. ‘Governing by Networks’, a chart produced in 2003, visualizes the mutual involvements and dependencies within the global media conglomerates. Revealing what normally remains invisible and contextualising apparently separate elements within a bigger whole, these visualizations of interests and cooperations re-symbolize the unseen and hidden.