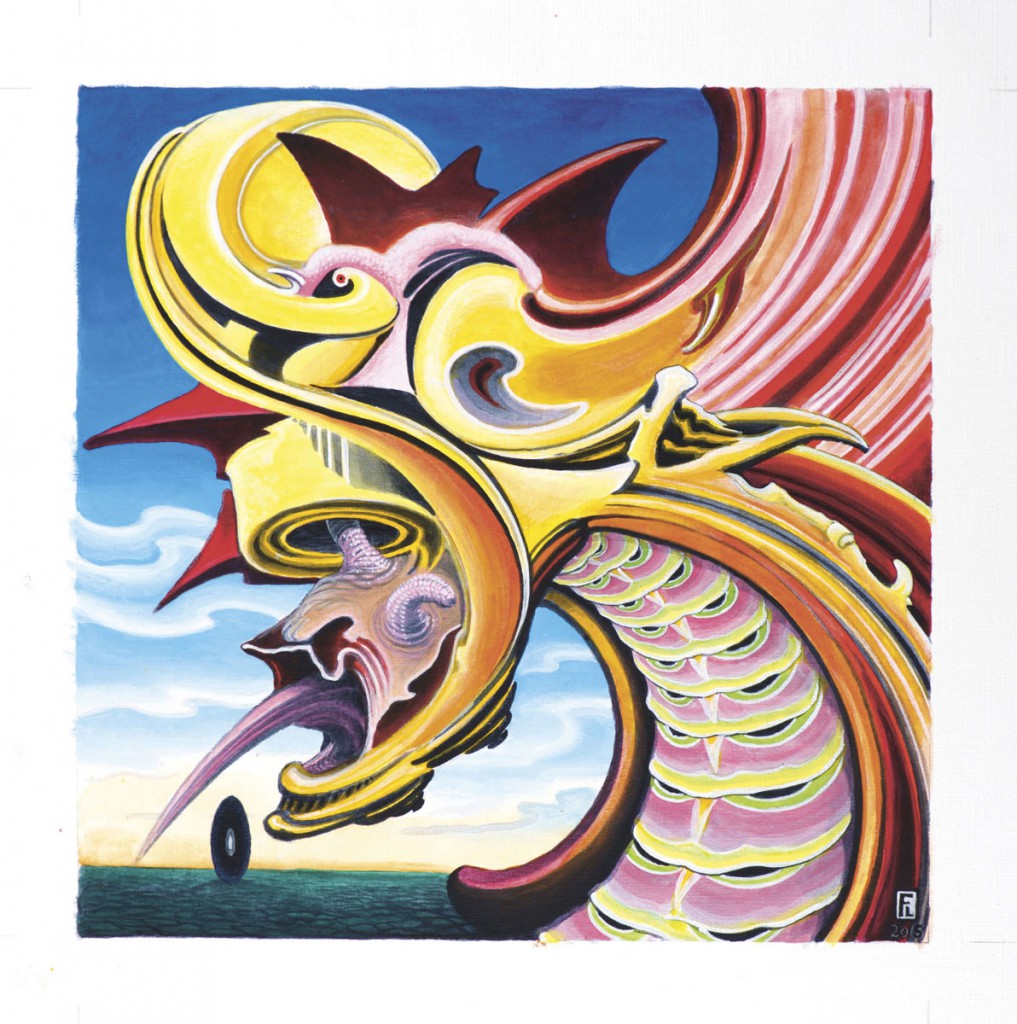 Born in 1967 in Paris, Filip Leu is considered today as one of the greatest contemporary master tattoo artists; the Leu family name embodies in the world of tattooing one of the most important European lineage of the 20th century. People travel miles to get tattooed by him.

It is with his father Felix Leu alias Don Feliz (1945 – 2002) that he started practicing at a very young age, the art of tattooing; the Leu family had then just settled in Goa and Filip draws for his parents’ clients – his mother, Loretta, has also been formed to tattooing by Felix. Encouraged by his father, Filip will then travel the world to meet some of the greatest tattoo artists of the time. To complete his training, he meets Horiyoshi II and III in Tokyo, works for Ed Hardy in his Realistic Tattoo studio in San Francisco and learns with Paul Rogers the making of tattoo machines. Joining the family studio in Lausanne The Leu Family’s Family Iron Studio in 1986, and ready to make his own style, he invents a sensitive meeting between traditional Japanese art and a contemporary approach to traditional tattoo as well as the iconography from the philosophy of biomechanics. This aesthetic identity, beginning with a reinterpretation of the iconic designs of the skull and dragon, will make his worldwide fame.

Also involved in the creation of new tools, he then develops a nozzle to cover large solid areas of ink and optimize the time of realization of very large works. On canvas and paper, even if the human body remains the preferred vehicle of his art, Filip Leu allows himself total freedom. His works open a corridor shaped by the flow of thoughts of the artist, and whose perspectives offer to the voluntary viewer a psychedelic experience.

In an organic manner, Filip Leu draws spatial tattoo machines, a giant umbilical cord shaped like a Cyclops or galaxies saturated by old school and Japanese tattoos. If his background does not excludes the worlds of H.R. Giger or Druillet, his compositions and the richness of his palette developed a strong surrealistic direction in line with those of Yves Tanguy and Roberto Matta. Similarly, the pattern of the examiner eye that we find in his paintings is reminiscent of one of the leitmotifs of Odilon Redon, famous symbolist painter of the late 19th century who saw in this organ the source of all creation. On canvas or tattoos, Filip Leu translates directly the vitality that runs through him, fed by a real journey in the margin and a rare open mind.

He realized for the issue 23 of the magazine HEY! modern art & pop culture an exclusive series of 16 paintings, which 8 are currently presented in the exhibition HEY! modern art & pop culture – Act III at the Museum of the Halle Saint Pierre (Paris) from October 2015 to March 2016, with Anne & Julien as curators. He also presented a beautiful piece (a tattooed volume) in the now historic exhibition “Tatoueurs, tatoués” at the musée du quai Branly (May 2014, October 2015), of which Anne & Julien were the curators as well.

ALSO IN THE TATTOO ART COLLECTION