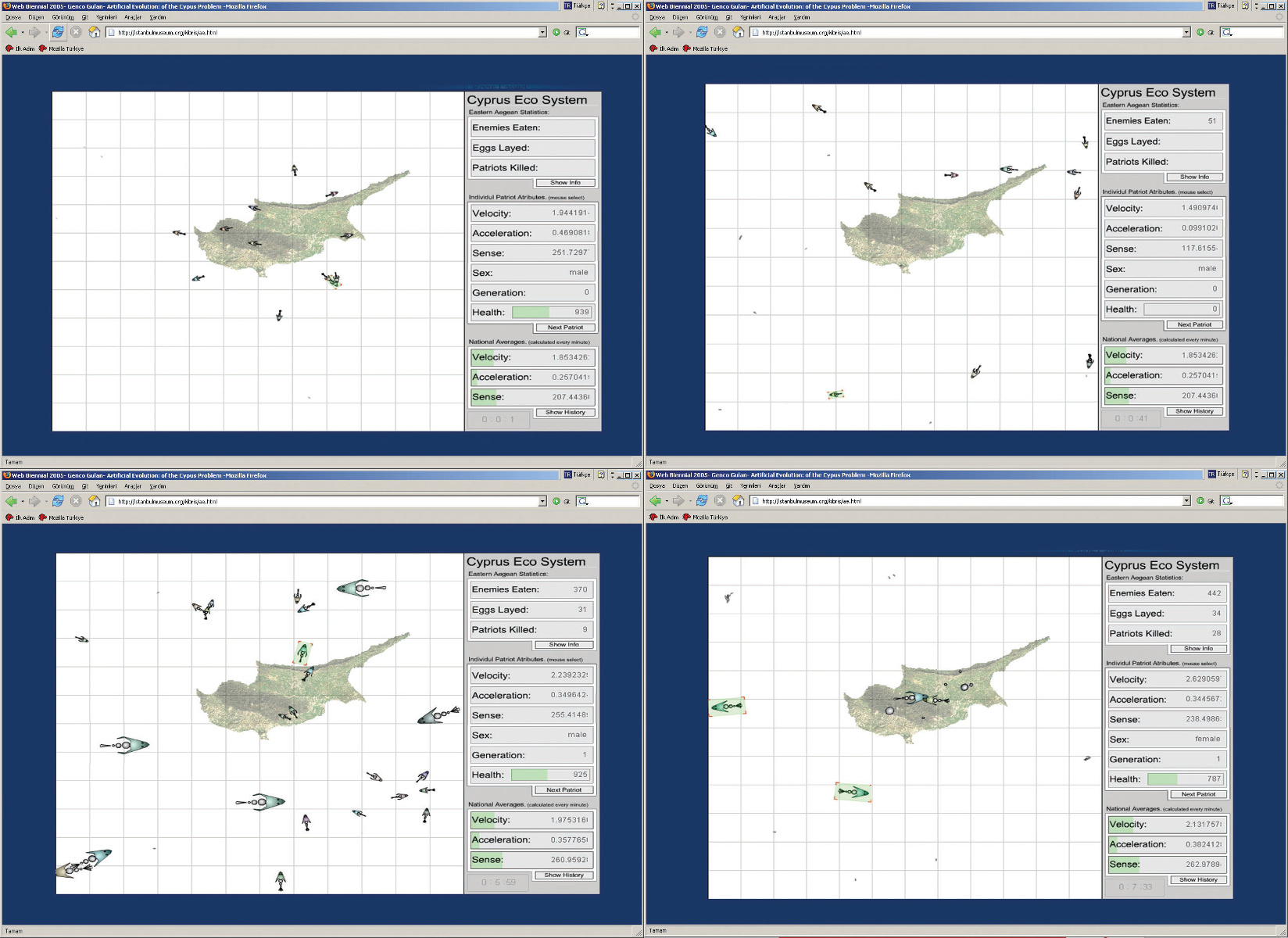 Genco Gulan is a multimedia contemporary conceptual artist, who defines his practice in painting, sculpture, performance, video and new media as “idea art’. Gulan was born in Istanbul in 1969. He got his first prize from BP in 1993, got New School scholarship in 2000, took part in the team that won EMAF 2005, selected as a finalist for Sovereign European Art 2011 and awarded Master Artist at Ege Art in 2015. His works are presented in museums such as the Centre Pompidou in Paris, the Pera Museum, the ZKM, the MAM in Rio de Janeiro, La Triennale di Milano, the Ankara Resim Heykel Museum and the CerModern. He participated in festivals such as Steirishes Herbst, Ars Electronica, Mediaterra, Prog-me, Balkan Art Novi Sad, Roaming Tehran and Bonn Biennial. His performances have been presented at the Istanbul Theatre, the PAP in Tel-Aviv, the Wunderbar in New Castle, the Fringe in New York, the Moving Silence in Athens and the Akzente Festival in Duisburg. His work is part of collections such as Rhizome.org at the New Museum, Istanbul Modern, Elgiz Museum, Baksı, Museum Oswald, Davis Museum, State Museum of Contemporary Art in Thessaloniki and the Luciano Benetton Collection, “Imago Mundi”. His work has been the subject of several studies at the City University, Rice University and U.C. in Santa Barbara. Gulan gives conferences at Yale, School of Visual Arts, Köln, Bilgi, NYIT and Incheon University. He was also part of the Advisory Board of Balkan Biennial Cosmopolis and of the International Programming Committee of ISEA Singapore. He is the founder of the Web Biennial. He taught at Mimar Sinan Academy and Bogazici University, Istanbul. He lives and works in Istanbul and Izmir.