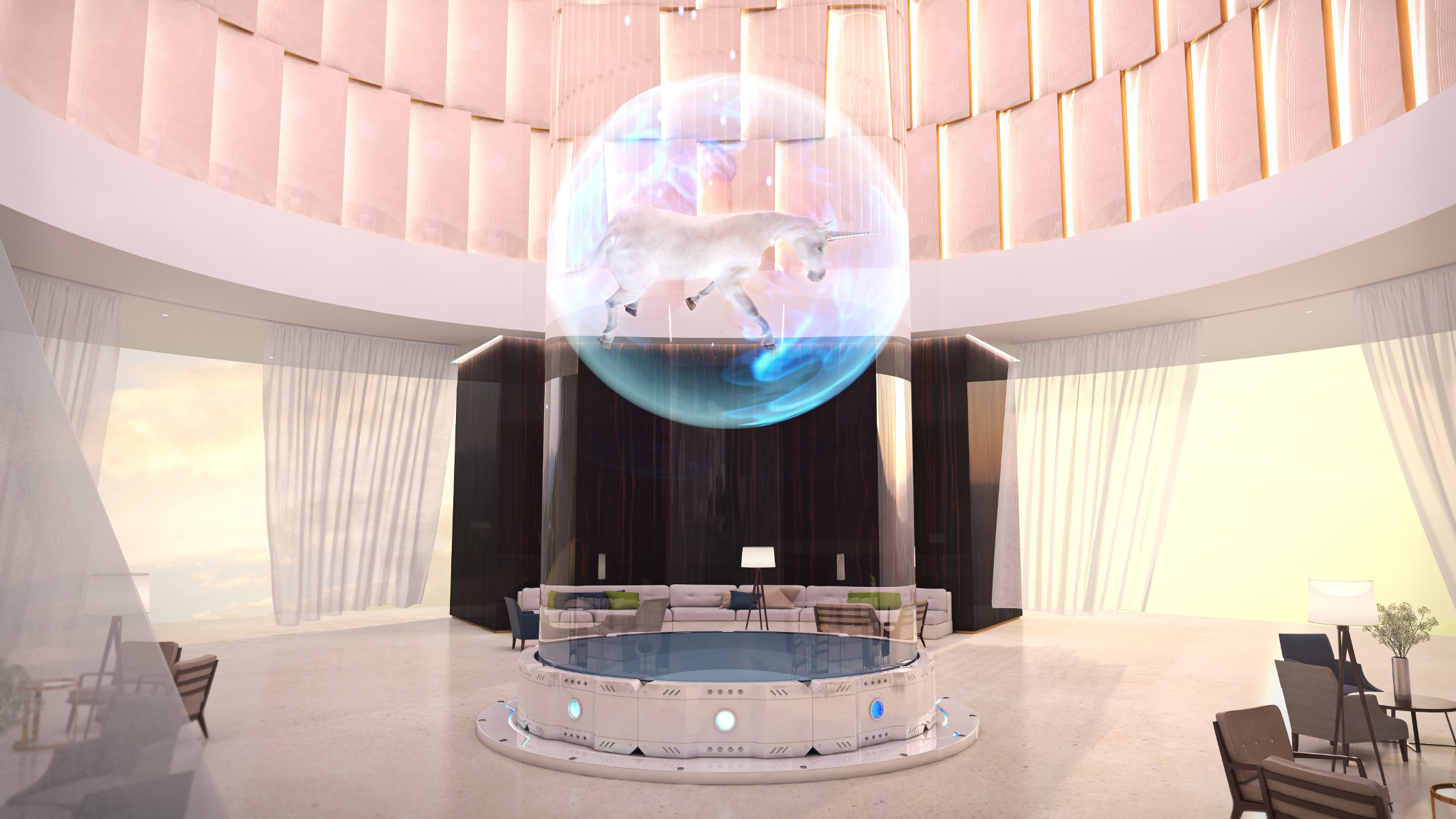 Jonathan Monaghan (b. 1986, New York) works across a range of media, including prints, sculpture and animated video, to produce otherworldly objects and narratives. Drawing on wide-ranging sources, such as historical artworks and science fiction, his works seem to elicit subconscious anxieties associated with technology and consumerism. Past exhibitions and screenings of his work include The Sundance Film Festival, The Crystal Bridges Museum of American Art, and The Frist Center for the Visual Arts. His work has been featured in several media outlets including The Washington Post, VICE, The Wall Street Journal and The Village Voice. Monaghan is represented by bitforms gallery in New York and Galerie 22,48m2 in Paris.