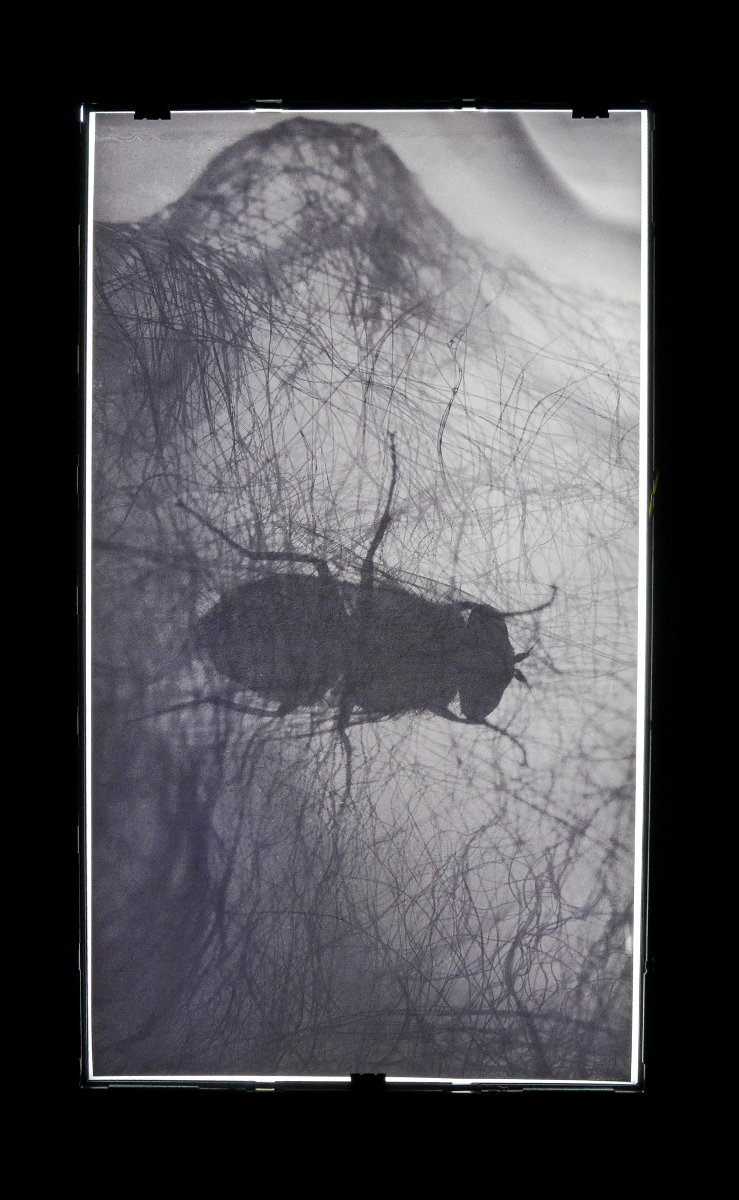 An acclaimed multidisciplinary artist with more than two decades of experience in media arts, Herman Kolgen lives and works in Montreal. An audiocinetic sculptor, he draws his raw material from the intimate relationship between sound and image. Herman Kolgen creates pieces that take on the form of installations, video and film works, performances and sound sculptures. He works in a constant cycle of exploration, at the crossroads of different media, to conjure up a new technical language and a singular aesthetic. The impact of territories on human life lies at the heart of his conceptual pursuits. The resulting brutal tensions as well as the interplay between various elements consitute the epicentre of his practice. His multifaceted work is characterized by a radiographic approach. It’s this x-ray effect, with its immaterial quality, that allows the invisible to be seen. Initially associated with the digital and electronic realms across an assortment of highly sensitive works, his approach then takes a sharp turn towards increasingly hybridized forms. His installation practice also integrates an important spatialisation component, most notably regarding the field of sound. The design and application of random systems of autogenerative image/sound also allow for the creation of audiophonic spaces marked by their immersive quality. Herman Kolgen’s works have most notably been presented at the Venice Biennale, Ars Electronica, Berlin’s Transmediale, Isea, the Georges Pompidou centre, Cimatics, Dissonanze, Mutek, Elektra, Sonar, Tapei digital arts and Shanghai E-Arts. He has also performed with Paris’ ensemble intercontemporain and the los angeles philharmonic. Herman Kolgen has been awarded many prestigious prizes, including Ars Electronica, Qwartz and the New York and Los Angeles independent film festivals’ best experimental film. From 1996 to 2008, he devoted much of his creative output to the Skoltz_ Kolgen duo