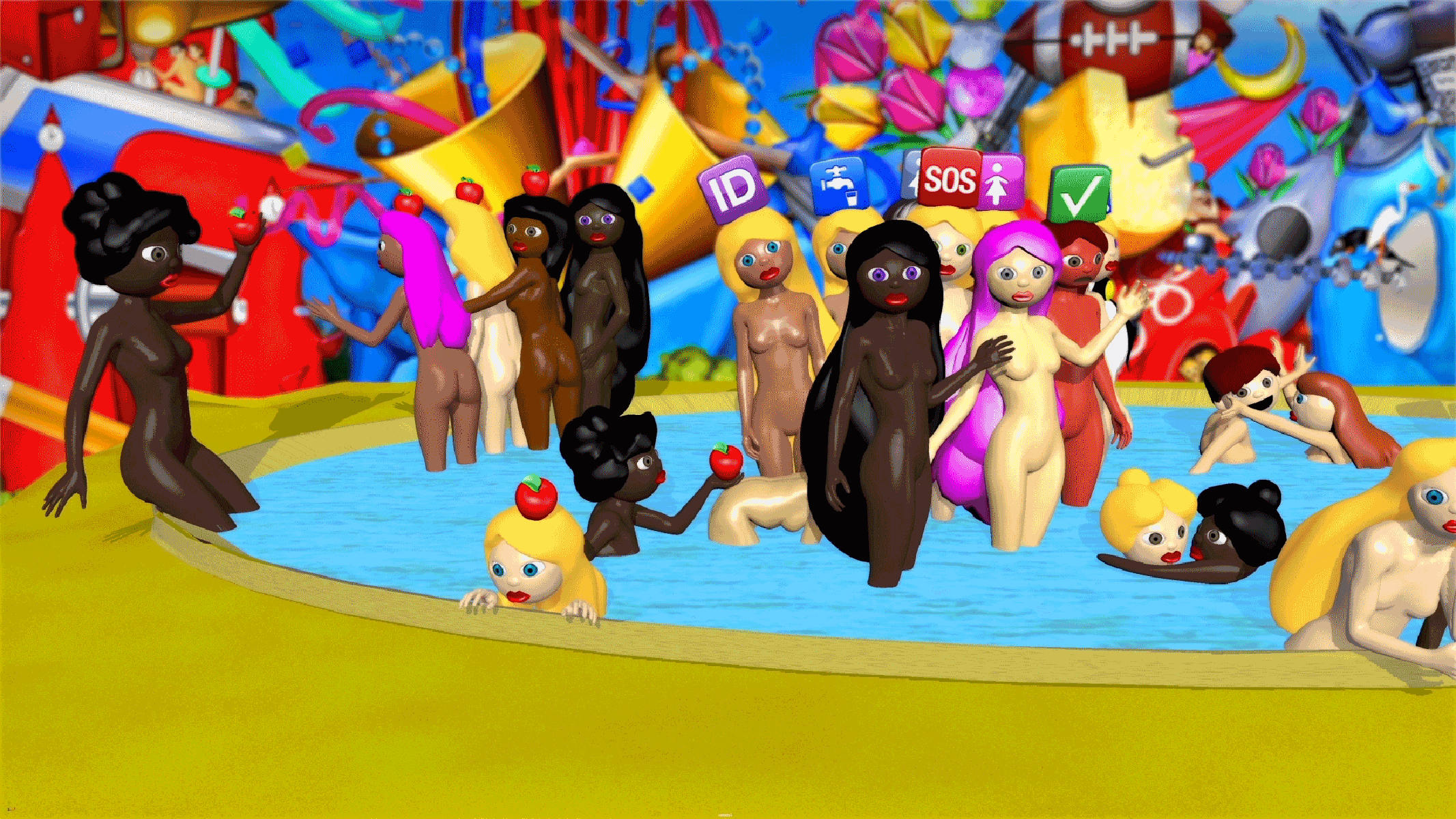 Carla Gannis is a New-York based artist fascinated by digital semiotics and the situation of identity in the blurring contexts of physical and virtual. She received an MFA in painting from Boston University, and is currently a professor in the Department of Digital Arts at Pratt Institute. Upon her arrival to New York in the late 1990s, Gannis began incorporating digital elements into her painting-based practice. Since then she has eclectically explored the domains of “Internet Gothic,” cutting and pasting from the threads of networked communication, googleable art history, and speculative fiction to produce dark and often humorous explorations of the human condition. Gannis’s work has appeared in numerous solo exhibitions and screenings, nationally and internationally, including: “Lady Ava Interface, Sunrise Sunset”, Whitney Museum, NYC; “Portraits in Landscape, Midnight Moment”, Times Square Arts, NYC; “Until the End of the World”, DAM Gallery, Berlin; “A Subject Self-Defined”, TRANSFER Gallery, Brooklyn; and “The Garden of Emoji Delights”, Hudson River Museum, Yonkers. Her work has been featured in press and publications such as ARTnews, The Creators Project, Wired, FastCo, Hyperallergic, Art F City, The Wall Street Journal, The New York Times and The LA Times, amongst others. She has participated on a variety of panels regarding the intersections between art, technology, education and networked culture, including “Let’s Get Digital” at the Metropolitan Museum of Art, NY, NY and “Cogency in the Imaginarium” at the School of the Art Institute of Chicago. Gannis’s speculative fiction was included in “DEVOURING THE GREEN:: fear of a human planet: a cyborg / eco poetry anthology”, published by Jaded Ibis Press 2015, and her augmented reality artist book The Selfie Drawings was awarded the Founder’s Award from the 2016 Lumen Prize.