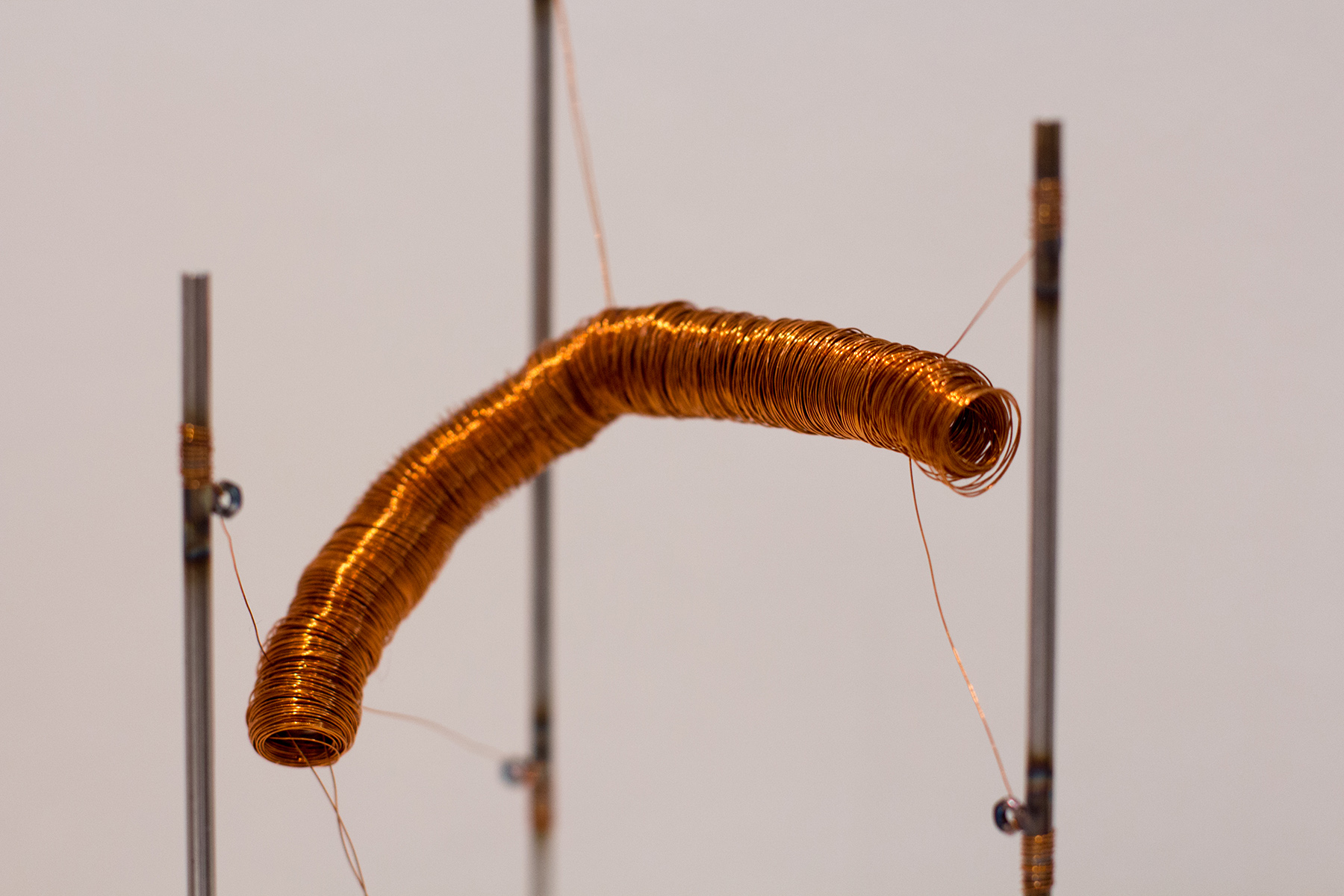 Carolin Liebl (born 1989 in Lichtenfels) and Nikolas Schmid-Pfähler (born 1987 in Gießen) collaborate since 2012. Both study fine arts at the Offenbach University of Art and Design since 2009 (Nikolas) and 2010 (Carolin).

The artists were rewarded with the BEN Award (B3 Biennale), the Lab Award (Lab30) and naming at the “Nachwuchsförderpreis für Medienkunst”  (Edith-Russ-Haus). Invited from the Goethe Institut Wroclaw they took up a residency at the WRO-Art-Center, where they held robotic-workshops. Their artworks have been shown among others at the Nassauischer Kunstverein (Wiesbaden, 2015), the ISEA in (Dubai, 2014), the Paraflows (Vienna, 2014), the FILE-Festival (Sao Paulo, 2013), the WRO-Biennale (Wroclaw, 2013) and the EMAF (Osnabrück, 2012).

These artists have been selected by the guest curator Klio Krajewska as part of her ArtJaws collection entitled “RISING CLASSICS”.