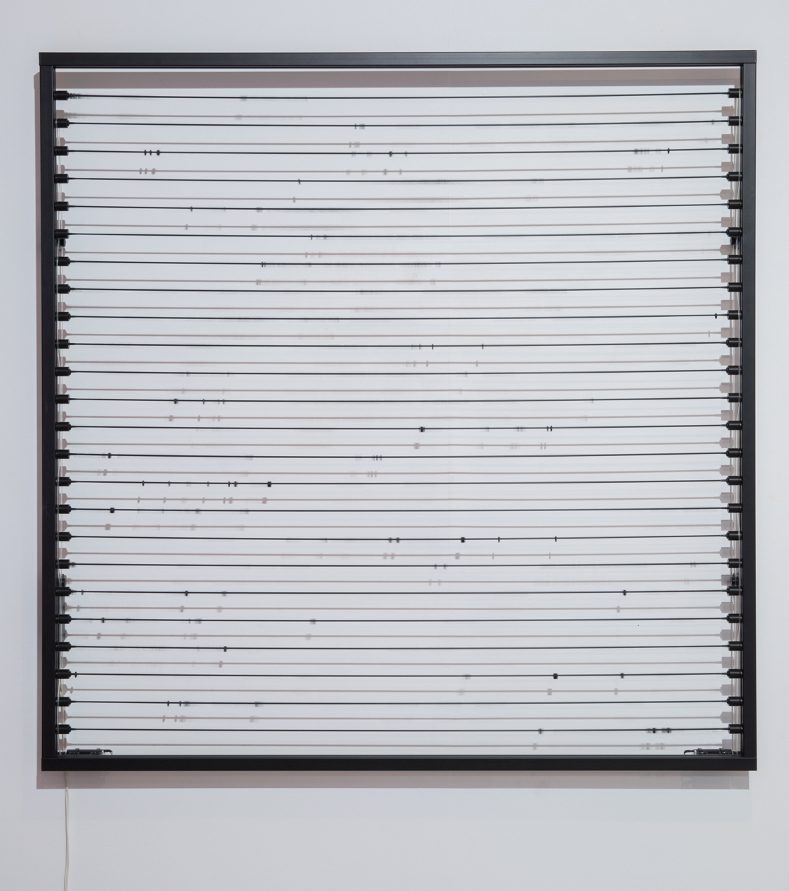 Pe Lang is a Swiss-born artist know for creating minimal kinetic artworks that control and put physical forces in action with a captivating elegance. His sculptures and installations combine handmade mechanized systems with a stringent constructive optimization in which each element can be deciphered with respect to its functionality. Lang’s work has been represented in exhibitions and installations for more than a decade. After completing his certificate in electrical skills in 1994, he began creating experimental mechanical sound objects presenting them in the form of live performances/installations at various European and North America art spaces and festivals. From 2005 to 2008, these sound objects where exhibited as part of a collaborative project under the title  “Untitled Sound Objects. In 2007, Lang received a one-year artist-in-Lab research residency fellowship at the Swiss Center for Electronics and Microtechnology CSEM. Lang was twice honoured with the prestigious Swiss art award (2009 and 2010). Among other awards, Lang received the mediaprojects award in 2005, 2008 and 2011 from the Swiss Federal Department of Culture.