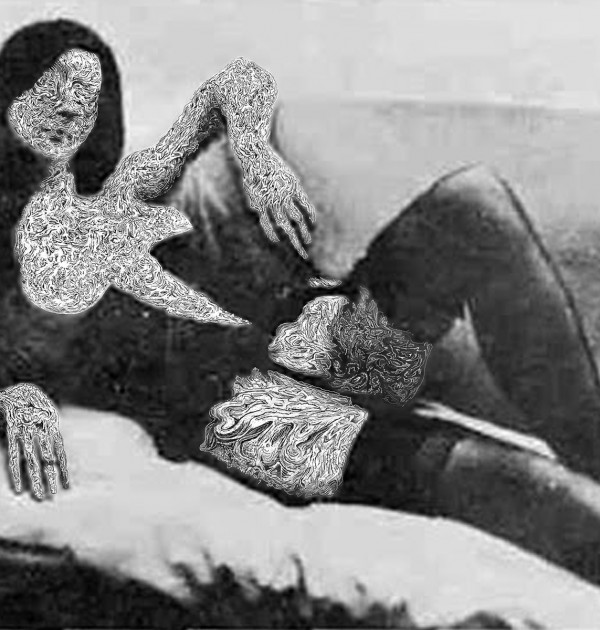 Since Magali Daniaux and Cédric Pigot met in 2001, their joint work bears the dual hallmark of experimentation and performance. Pieces bring together various media, associating elements from opposite ranges, with a taste for connections between Sci-Fi and documentary forms, high-tech engineering and fantasy tales, heavyweight materials and fleeting sensations. Read more

The series “Épiderme Affaibli” has been exhibited for the first time in Morocco during a solo show of the artists at the Palace Sidi Mohammed Ben Youssef in the medina of Fez. Photo and drawing on graphic tablet. Digital print on paper.

«The cries rise hooked to permanent night, to the gloomy day and all the zombies are called Wisdom. The creator of the universe suffers a torrent of abuse with a smile. He’s in trouble; he must sing his bitterness alone.»