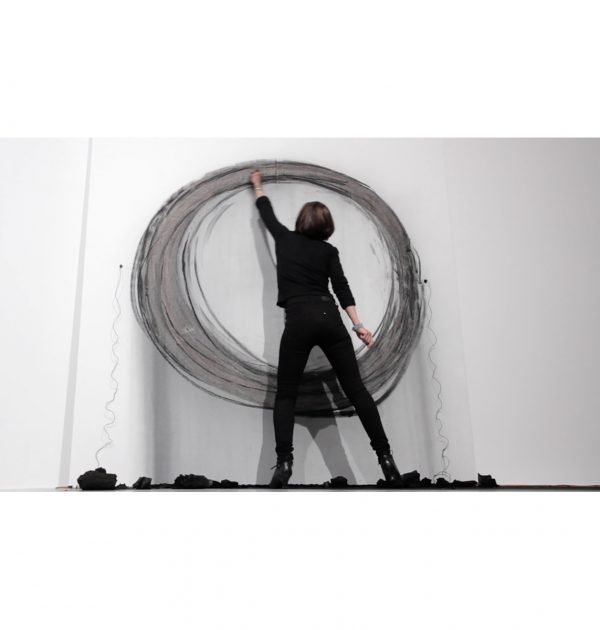 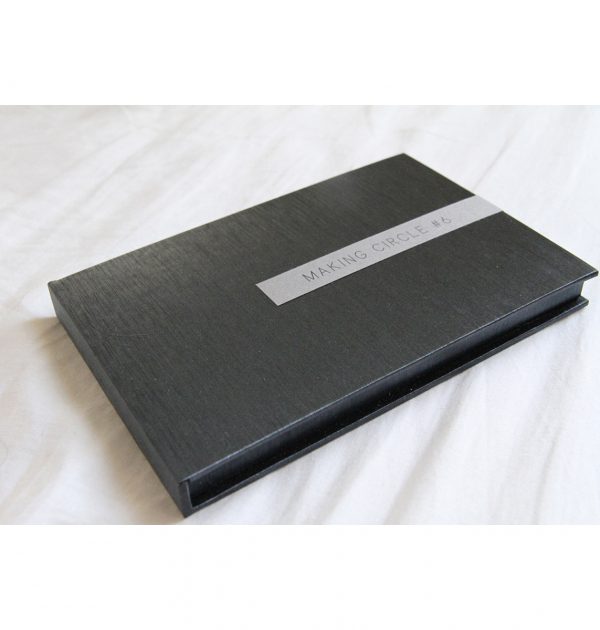 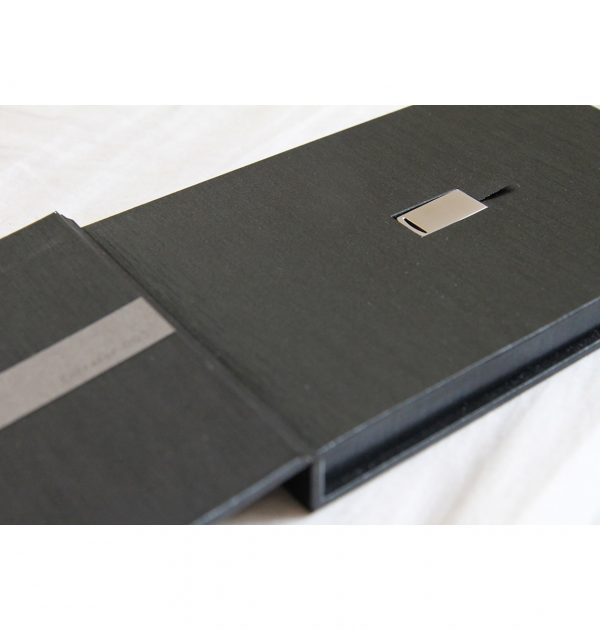 Magali Sanheira is born in 1977 and she is graduated of the École Nationale Supérieure d’Arts Paris-Cergy. Magali Sanheira’s practice is part of a multi-disciplinary field. She considers sound as a sculptural material in its own right, allowing her to work on a new dimension: the acoustic space. Magali Sanheira developed her research on the most basic, simple forms and volumes to dissect and analyze the processes surrounding us. She bases her production on transformation of failures and equipment exchange. Read more

«In front of an amplified cima, a piece of coal in my hand…held out at arms’ length, I trace circles the circumference of my ‘wingspan’. The gesture is constrained by my physical form, and the space that it’s inscribing. The piece is homothetic and scalar, the sound is modulated by the movement in conjunction with the acoustics of the presentation space. And every time a piece of coal is consumed, disintegrated, I bend down to take another one from a pile at my feet. The drawing, the visual and acoustic print of the effort that turns round after round. The drawing invites the audience to loose them- selves, to be ‘drawn’, into the flow of concrete sounds. Dust coal grows, both in the ground and on wall. The drawing is formed by the exploitation of effort and the ruin of materials, raising the question of becoming and transformation. The duration of the performance is defined by the exhaustion of gesture and sound composition. The initial performance is followed by an Installation phase, whereby an audio recording of the performance is replayed in a loop becoming one with the ‘drawing’ in its life as a ‘prolonged gesture’. So we are left facing an existential loop endlessly retracing an impossible perfection. This is an absurdity of repetition that I recognize and diffuse at high volume.»