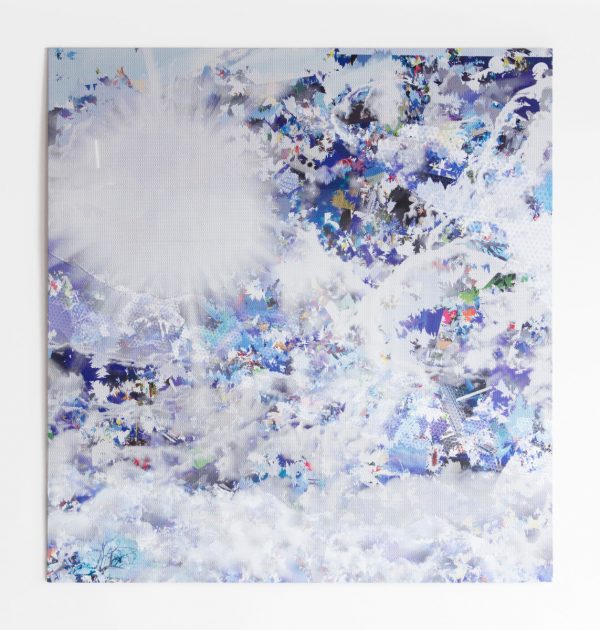 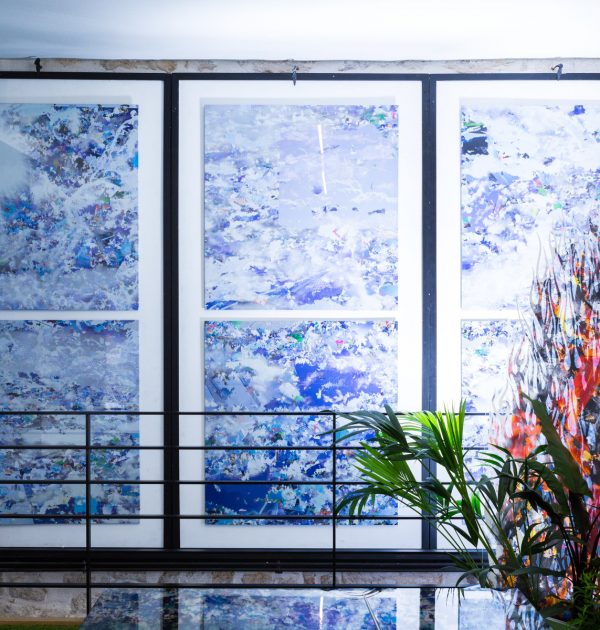 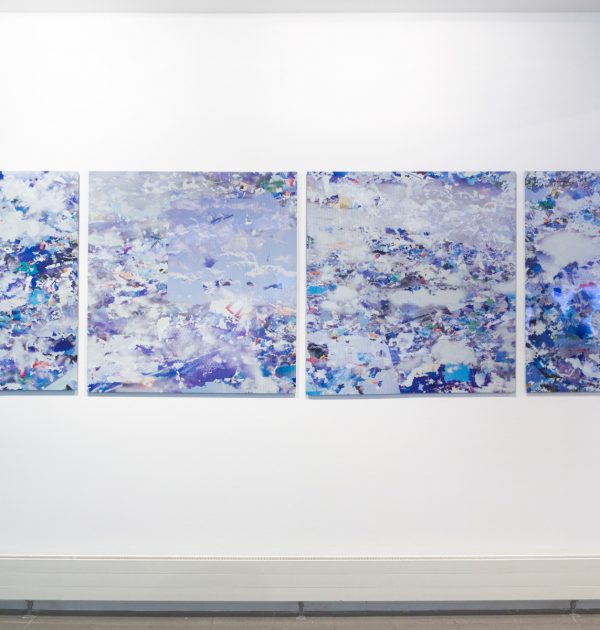 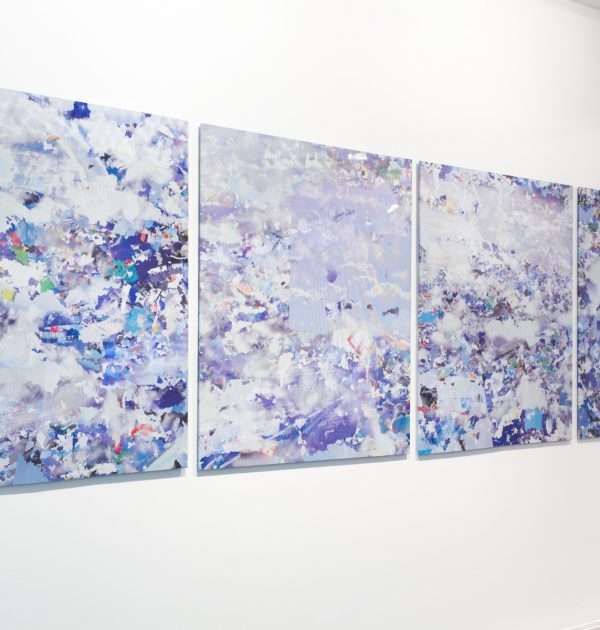 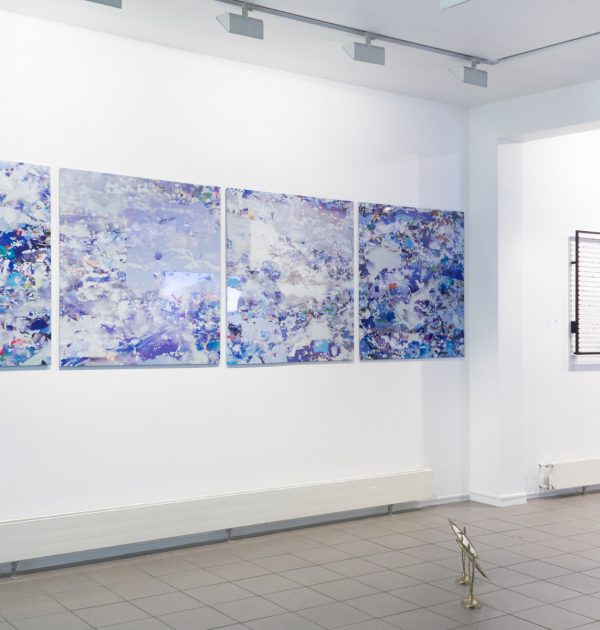 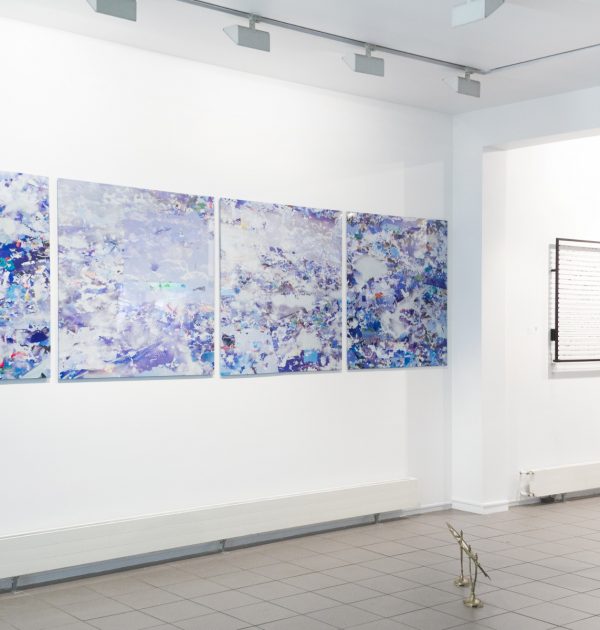 Mathieu questions the internet materiality and its representations. In the manner of an alchemist, he creates his subjects which he shapes and transforms mainly in sculptures, installations, but also images, videos and performance. His preferred approach is close to engineering. He notably develops algorithms to recycle these masses of data accessible on the web. Read more

Our cloud are in the # air is a series of 6 of microperforated prints on mirrors, created for the artist’s solo-show “Environnement”, in Paris in 2017. The mirror creates a reflected image like a window and the thin frame of perforations causes an illusory phenomenon and echoes the pixel frames of our screens. Printed images correspond to a recycling process, an agglomeration of thousands of fragments of images recovered from a research on the internet, with the word “air” typed on search engines such as Google image, Instagram, Tumblr, and Pinterest. Among these thousands of shredded images, complex cloud shapes emerge through a photographic processing. These images are obtained through algorithms developed by the artist himself. The ensemble gives a double impression, enlightened, evanescent and at the same time chaotic, almost apocalyptic. This series examines the current illusion that we experiment with the use of the Internet and the big data. This cloud, which appears as the Paradise Eden of our data, what is it really? Isn’t it a gigantic living wastebasket that must be continually supplied with energy to sustain life? We do not understand these big data, our traces in them, but yet these data stored in the cloud form an integral part of the functioning of our environment, our contemporary “air”. These collages are inspired by the work of Jacques Villeglé who used to define his torn posters  “collective realities” and “reflections of the dominant culture”. In the era of big data, Mathieu Merlet Briand refreshes the thought of the” New Realist” to question the materiality of the Internet and our representations of this network.