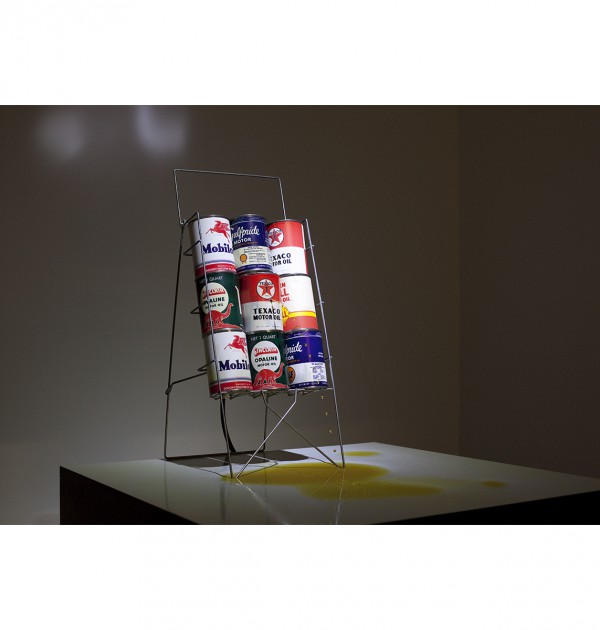 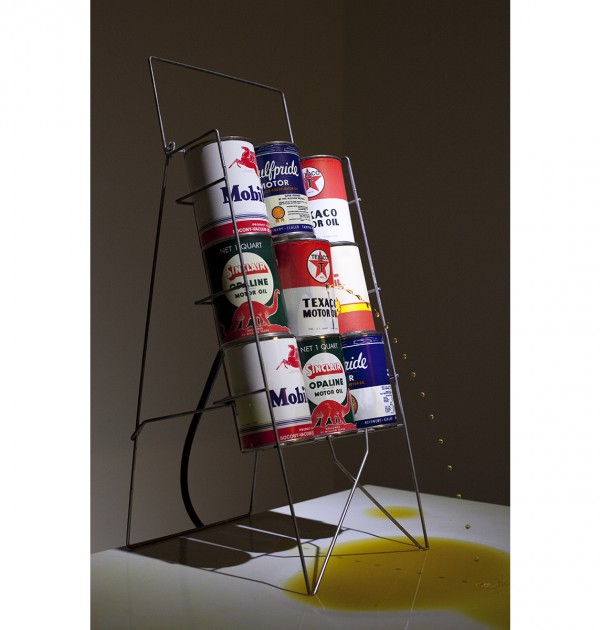 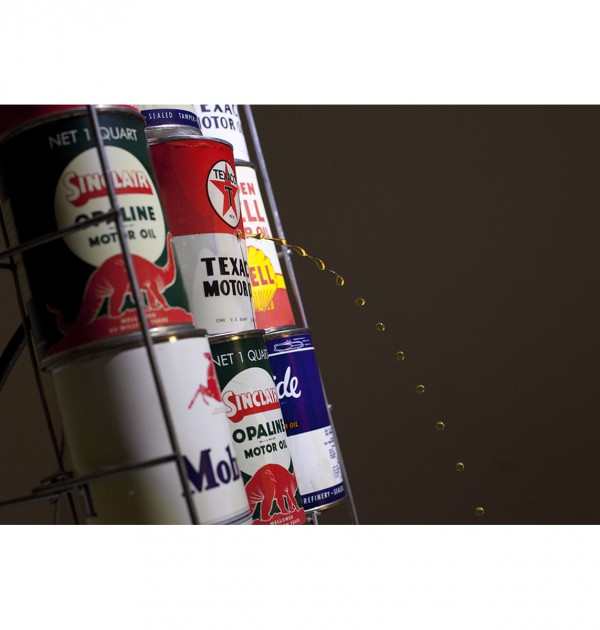 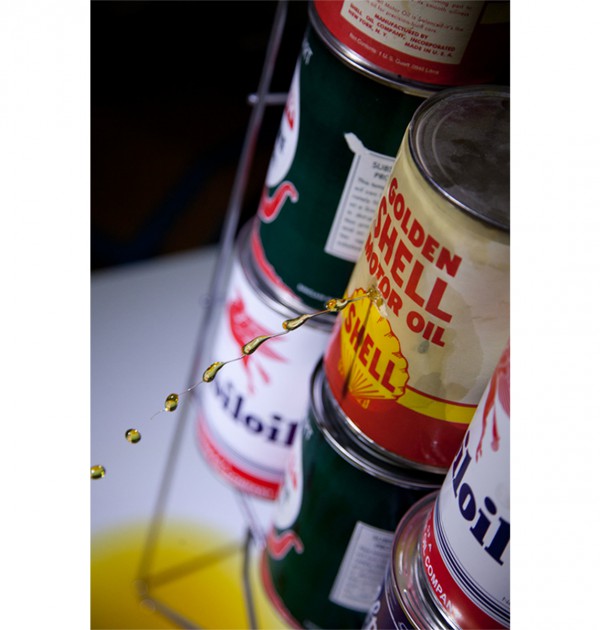 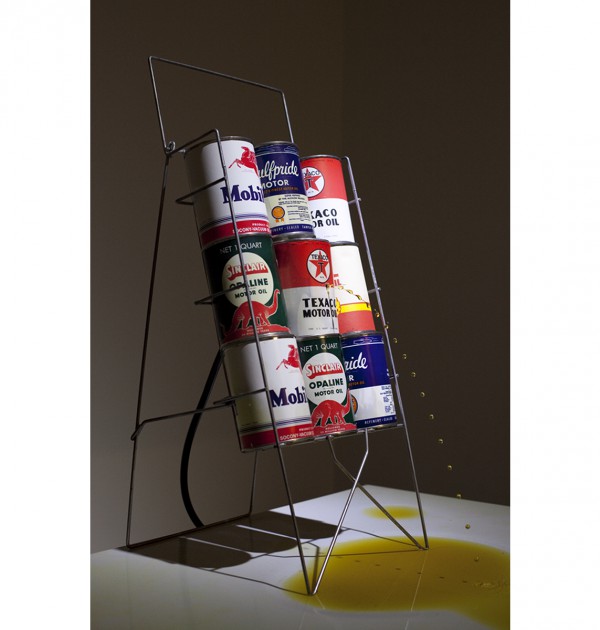 Matt Kenyon is a new media sculptor who lives and works between Brooklyn and the Metro Detroit area of Michigan, where he is also an Associate Professor in the Stamps School of Art and Design at the University of Michigan. Read More

The perceptual structures of the brain enable humans to see the world around them as stable, even though the sensory information that comprises this reality may be incomplete and varies rapidly. These perceptual structures are highly susceptible to manipulation. Seeing may be associated with believing, but it does not necessarily verify the truth. In Supermajor, a rack of vintage oil cans sits innocuously on the gallery floor. A punctured can, located somewhere mid-stack, has sprung a leak. The oil flows out in a steady trickle, cascading onto the pedestal below; a golden-brown pool forms at its base. Upon closer inspection, however, the oil is not originating from the can. Instead, its stream is reversed. Drop-by-drop the oil flows upwards, defying gravity. At times, droplets even appear to hover in mid-air. Returning to its source, the upward ascent of oil continues uninterrupted as if neither the can’s reserves of the nor the puddle’s can ever be depleted. Supermajor gives materialize structure to the common perception that oil, and many other natural resources, are endless. This flawed perception, so pervasive despite scientific evidence to the contrary, is reinforced by the means by which most consumers interact with extracted fossil fuels: as products. These packaged goods are delivered without the consciousness of environmental externalities or global capacity. Yet, as Supermajor deftly eludes, when the refresh rate of our reality hides the truth about our various macabre faiths, suspended disbelief may be the most effective defense against cognitive assimilation.