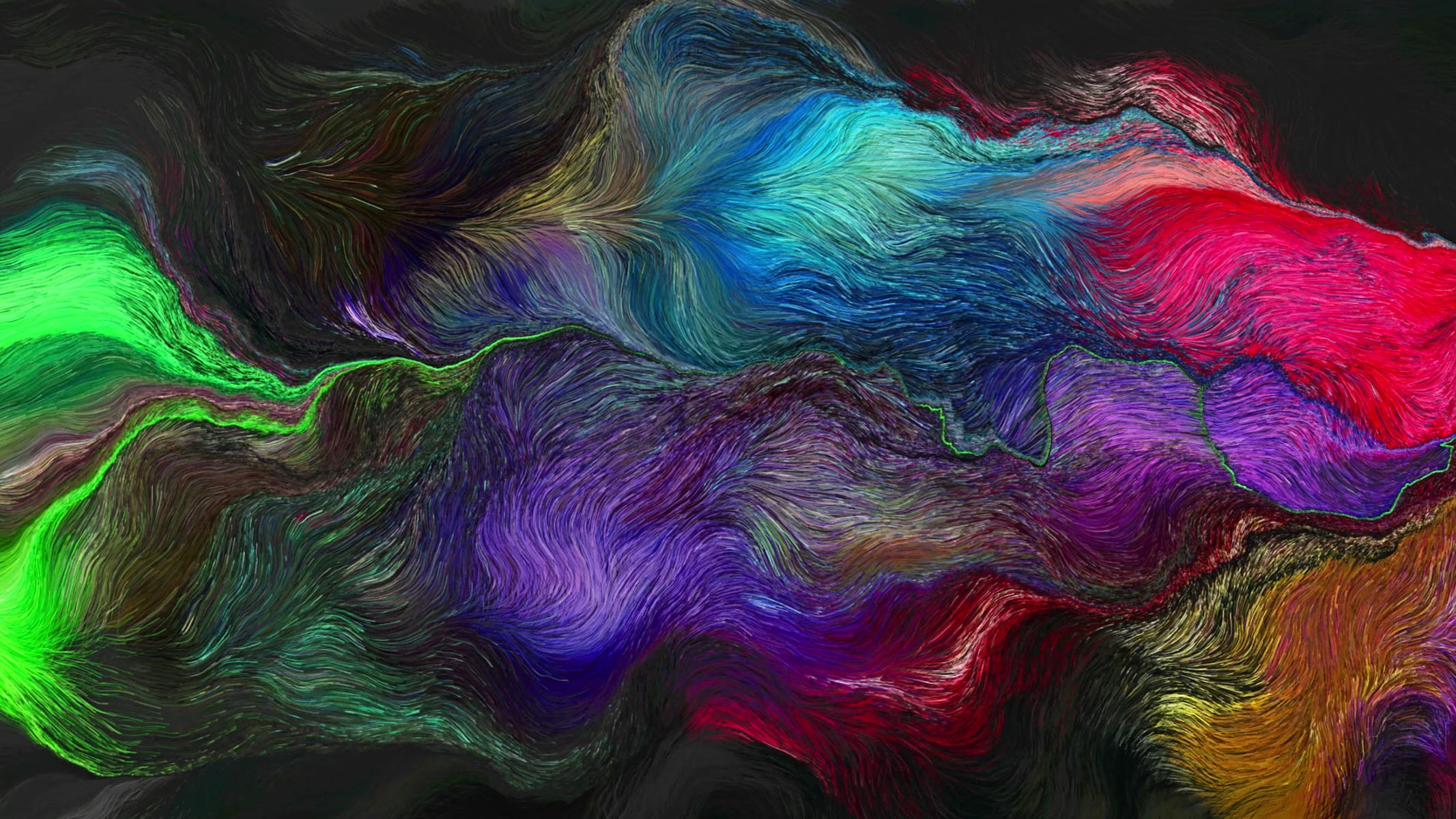 Artist Andreas Nicolas Fischer works with digital media, but his exploration of that media is far more profound than the pixelated surface. In his recent series, entitled V0ID Fischer builds upon his earlier work by pursuing the potential of art as a means of algorithmic independence – in short, he gives technology the ultimate autonomy in the creation of art. Fischer’s exploration of software art began in earnest in 2012 when he developed the Schwarm Code, a unique algorithm that can generate novel imagery with the aid of Fischer’s input of imagery. This code was essential in Fischer’s creation of his “Schwarm” series; it also has proven essential for “Void,” wherein a similar mechanism is at play. What is striking though, in looking at these two series, is that between the two Fischer presents a powerful duality. The distinction of name alone – “Schwarm,” the German word for swarm, which suggests a mass gathering, and “void,” which is the total absence of such mass – adds a dynamic dimension to these compositions that only increase their appeal. The works of the “Void” series play with elements of colour, pattern, and surface. Manipulating the illusion of the picture plane within his compositions, Fischer aligns his work with the experiments of Bauhaus innovator Lázló Moholy-Nagy in the 1940s and artistic polyglot John Cage in the 1960s, both of whom did away with the traditional solidity of the canvas or panel surface by working instead on acrylic. In an update to that tradition, Fischer and his algorithm reveal a deep dimension that is seemingly never-ending. This eternal quality reveals an intriguing contemplation on Fischer’s part in terms of the role of the artist and his or her authority in the creation of new work. The notion of the authority of the artist has been a point of contemplation for generations. The Surrealists of the early 20th century addressed the question most directly, as they considered the presence of the artist’s hand. Accordingly, they played with the ways in which the conscious control of the hand could be extracted from the artistic process. Perhaps most illustrative of this approach was the work of American innovator Man Ray, whose pioneering pursuit of airbrushing techniques was inspired by the desire to physically – not just metaphorically – distance the hand of the artist from the work itself. Fischer is exploring a similar distance while figuratively probing the potential for technology to transcend into the realm of creative expression. By developing an algorithm that he then feeds with images found from various sources, he is simultaneously integral to – yet independent from – the works he creates. The rich colours and mesmerizing meanders of line and volume throughout his compositions are equal parts computation and creativity, a blend that forces the viewer to both marvels at the brilliance of each composition while also wonder as to the full potential possible with modern technology. Thus, while Fischer’s work could be seen as a response to or extension from the Surrealist era, in truth it seems to offer a counter-argument to their early desires for separation between creativity and creation. What Fischer’s work seems to illustrate instead is the power of symbiotic artistic relationships, wherein creativity emerges through a blend of manual and digital sources. In some regard, this is the relationship we all share with technology; Fischer, though, showcases this essential bond through his innovative mode of expression.