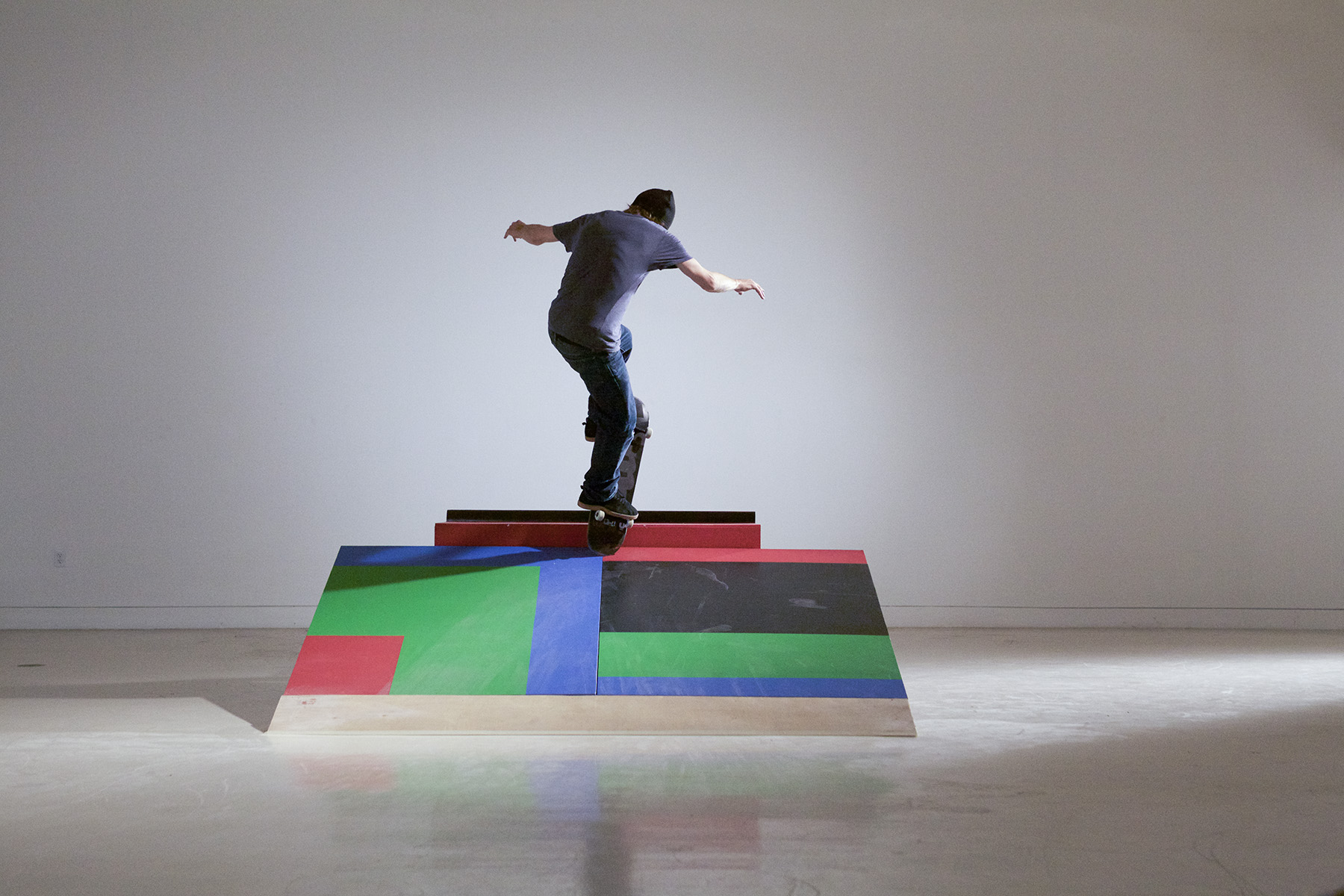 Shaun Gladwell is an artist who deals with the body and with movement; an artist whose work embodies the supreme gesture, as Carolyn Christov-Bakargiev stresses in her analysis of his work. In addition, according to Simon Rees, he sensitively deals with the body’s memory. Gladwell’s is an ‘absolute’ body that he likes to push to and make manifest at the extreme limit between life and death. In the title of one of his very first videos, Riding with Death (Redux) 1999-2011, and in his celebrated video Apologies 1-6, 2007-2009, the body on the brink makes its appearance. Crossing Australia by road suddenly becomes, in the eyes of both the eyes and his audience, the equivalent of crossing the river Styx. Gladwell, the archetypal body poet, uses leitmotifs such as body handing, sometimes with arms crossed, a body suspended between life and death. The body appears in multifaceted incarnations: a machine body; a biker-body; a virtuoso body; the body as a weapon. Each of these variations, identified by Paul Ardenne in his essay on the poetics of the body, form an endless performative creation, which Gladwell sometimes takes to the point of losing consciousness. Gladwell, however, is never out of control. Loss of consciousness is nearly enacted, always carefully assessed, calibrated, controlled and mastered. Even beyond movement, Gladwell, as an artist, is above all concerned with mastery. Through mastery of the body, he seeks to achieve mastery of time. To that end, slow motion is an essential element in Gladwell’s work. Gladwell uses filmic devices such as slow-motion and long pans to capture performances, both tightly choreographed and improvised, by break dancers, skateboarders, and BMX bike riders, in a combination of rural and city settings in Australia, Japan, Brazil, France and Afghanistan. The resulting works, which he describes as “performative landscapes” are both rhythmic and poetic—distorting speed, gravity, space and time; exploring visual and spatial paradoxes. In 2009, Shaun Gladwell represented Australia at the Venice Biennial and was sent to Afghanistan as the Australian Official War Artist. Gladwell has exhibited Internationally in venues such as the Royal Academy of Arts (London), the Orange County Museum of Art (CA), KUAD Gallery (Istanbul), Palais de Tokyo (Paris), and the Museum of Lyon (France). Gladwell’s work is included in the public collections of the Art Gallery of New South Wales (Sydney), Museum of Contemporary Art (Sydney), Museum of Contemporary Art (Tokyo), Museum of Fine Arts Houston (TX), Orange County Museum of Art (CA), Progressive Art Collection (PA), SCHUNCK (Heerlen), VideoBrasil (Brazil), Wadsworth Atheneum (CT), among many others.