“A Coded Language”, artistic dialogue between ancient and contemporary technologies at bitforms in New-York 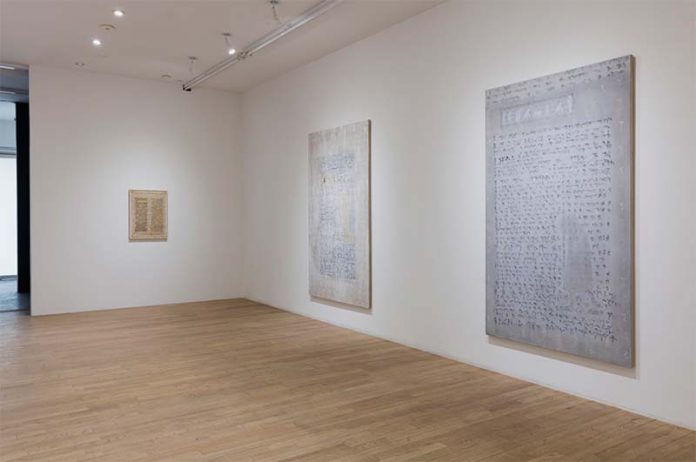 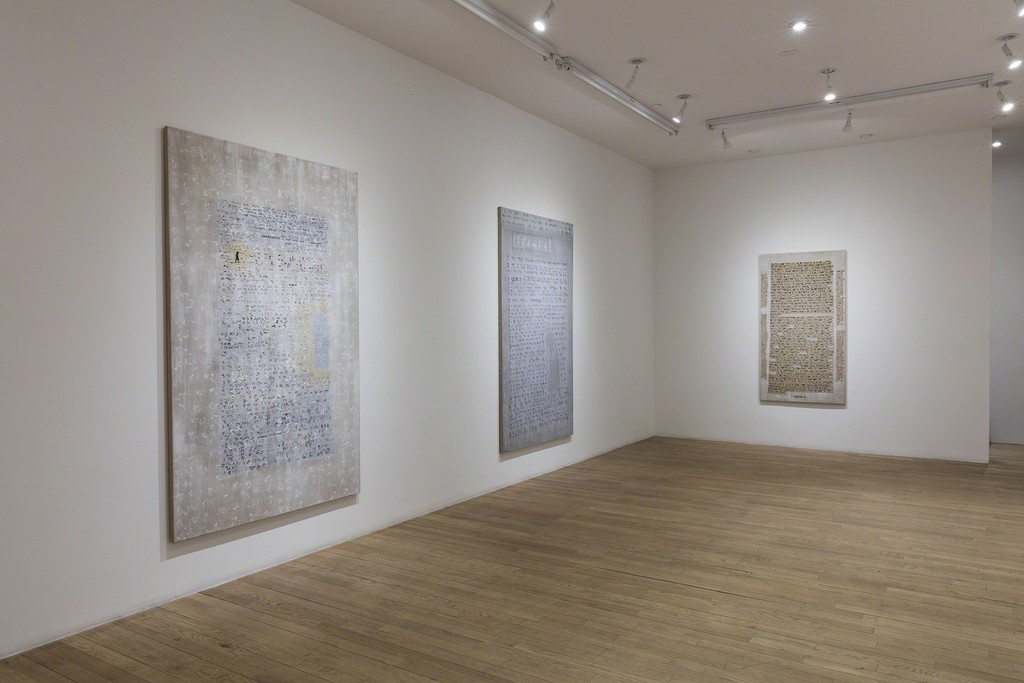 Until May 20, 2018, bitforms gallery presents “A Coded Language”, Beryl Korot’s second solo exhibition with the gallery. It features paintings on traditional and handwoven canvas, video, and drawings with ink and thread, highlighting the breadth of the artist’s practice across multiple media forms from 1980 to 2017.

Throughout her lifelong practice, Beryl Korot has brought the ancient and modern worlds of technology into a conversation. Considered as an early figure in the history of video art, Korot was first known for her multiple channel video work in which she applied specific structures inherent to loom programming to the programming of multiple channels, constructing non-verbal narratives. Later, she invented a visual language based on the grid structure of handwoven canvas. Translating texts into her own language, she illuminated what thought might look like devoid of specific meaning.

In the paintings, Anordnung: Clearly Visible/Strongly Sewn (1985) and A=Girl (1986), Korot uses traditional canvas where the visible structure of the grid is less apparent and a more calligraphic gesture becomes a landscape for the human figure.

Korot’s recent series of digitally embroidered drawings, Curves (2016-2017) refers back to Text and Commentary, which places ancient and contemporary technologies in dialog, tracing the origin of the computer to the loom. This exchange is continued through the exploration of the artist’s hand and that of the machine: here a sewing machine programmed to sew the surface of the paper in pre-designated areas. The texture, color, and shape of the sewn thread contextualize and converse with the original hand-drawn marks. 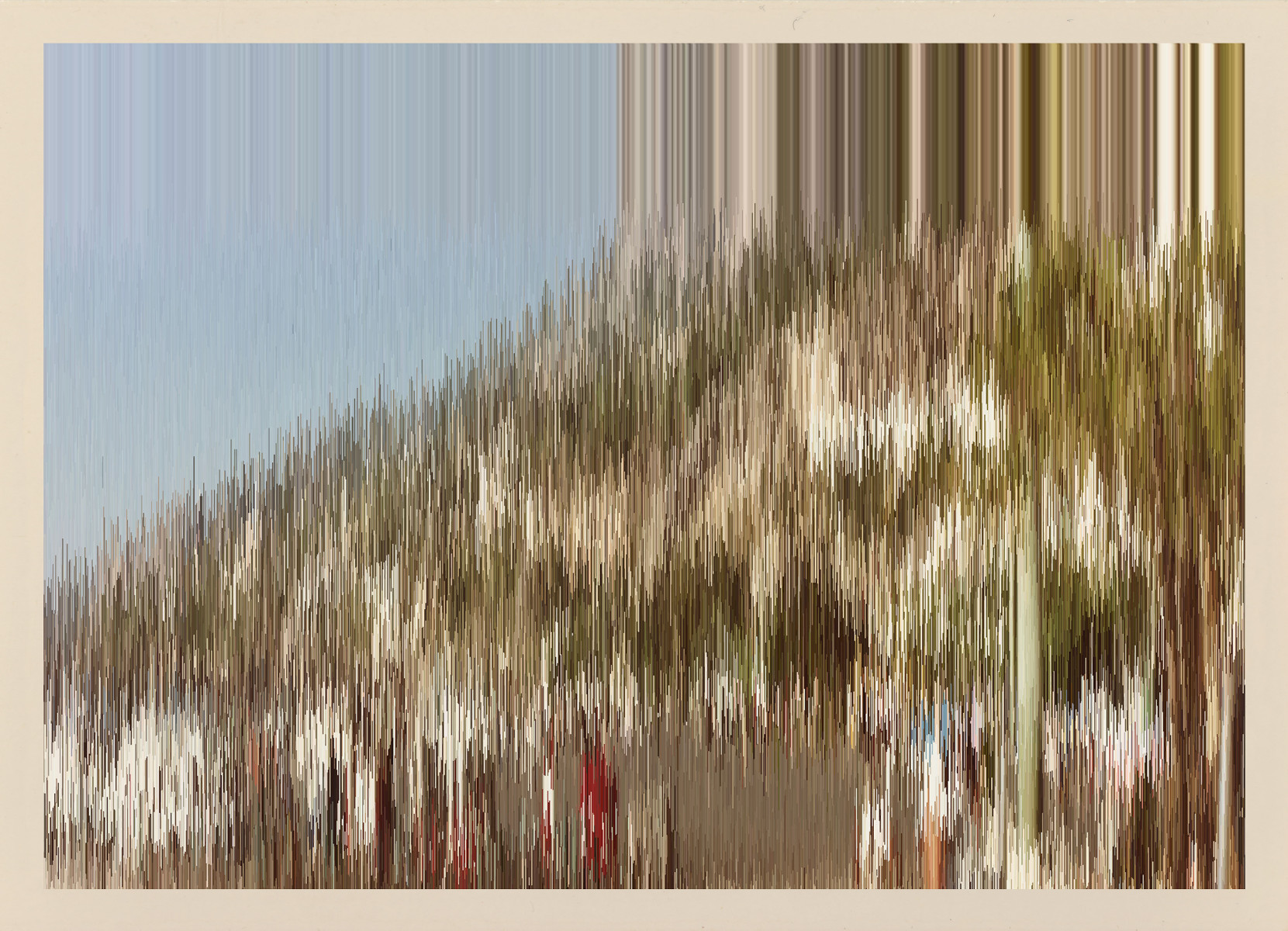