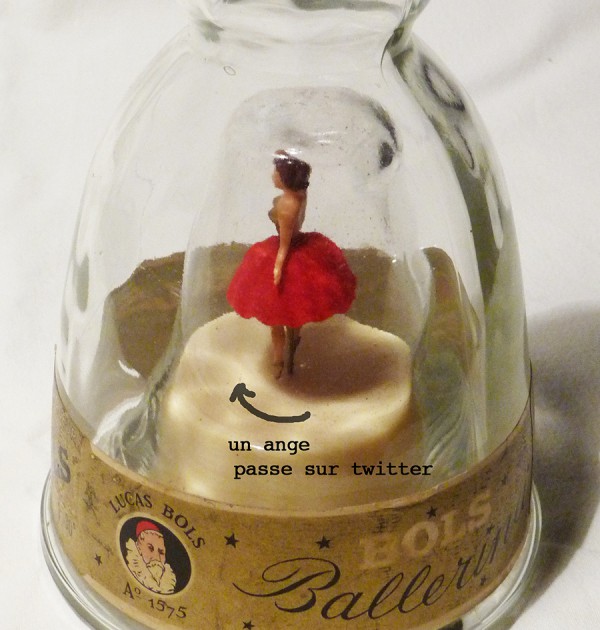 Albertine Meunier has been practicing so-called digital art since 1998, and is particularly inclined to use the Internet as raw material. She defines herself as a Net artist, which is not necessarily her artistic net value. This mildly obsolete expression—a Net artist is, quite simply, an artist of her time—helps to give her a human face, far from the coldness of digital machines. Read More

The angelino is an angel detector. A ballerina, imprisoned in a music bottle, awakes and dances to a melody whenever an angel passes on the Internet, or more precisely, when the word « angel » is mentioned on Twitter. Wired with an Arduino, the music bottle detects angels on Twitter by parsing Tweets that mention the word « angel ». Soon, it sends back statistics such as the average number of angels for each time the angelino is wound up, number of angels per hour, speed of passing angels, etc.