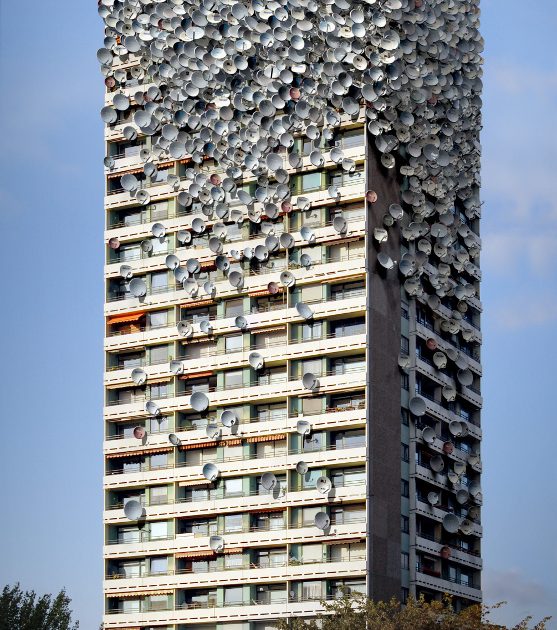 Dishes is a mix of photography and computer generated imagery created in September 2007. It shows a tower block, overgrown by thousands of satellite dishes. It Is it a disease? Or is it mankind barricading from the real world? To avoid any misunderstandings: Till loves watching TV. Dishes was awarded “Jury Recommended Work” by the Japan Media Arts Festival 2008.