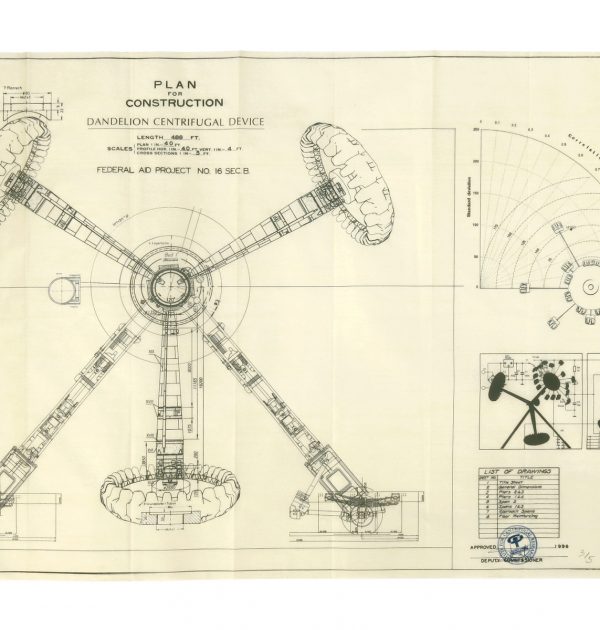 The Experience of Fliehkraft, Dandelion

Dandelion is a fictitious construction plan of a physically impossible amusement ride. It is a montage of new designs, pieces of existing old plans and manual surface treatment. The artwork looks and feels like a 40 years old construction plan that has been recovered from a mysterious laboratory. It is a digital print on silk paper that has been manually treated with detail annotations, adhesive tape, stains, and other signs of age that create the illusion of truth. Dandelion is part of Till Nowak’s award-winning art series “The Experience of Fliehkraft” which won an honorary mention at Ars Electronica 2011 in Linz, Austria, and was exhibited in the Seoul International Media Art Biennale 2012, at Transmediale, Berlin, always in 2012 and within many other international exhibitions. It is part of a fictitious project of amusement rides that has been portraited in the short film The Centrifuge Brain Project that awarded more than thirty awards worldwide. The seven plans are purely fictional, they are a montage from Nowak’s carousel designs mixed with pieces of real plans.