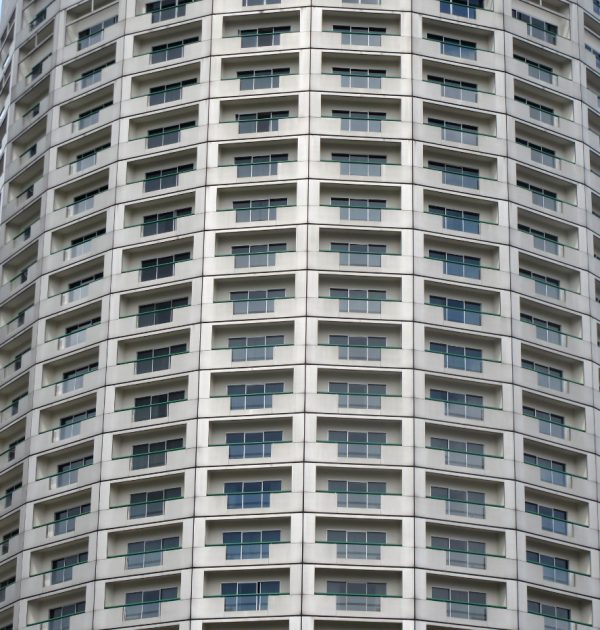 Frau auf Balkon (“Woman On Balcony”) shows the facade of a building made of a hundred identical, lifeless balconies – except for one. This seemingly surreal scene is an actual photograph with no digital manipulation. It is Till Nowak’s only work that does not use any digital manipulation.