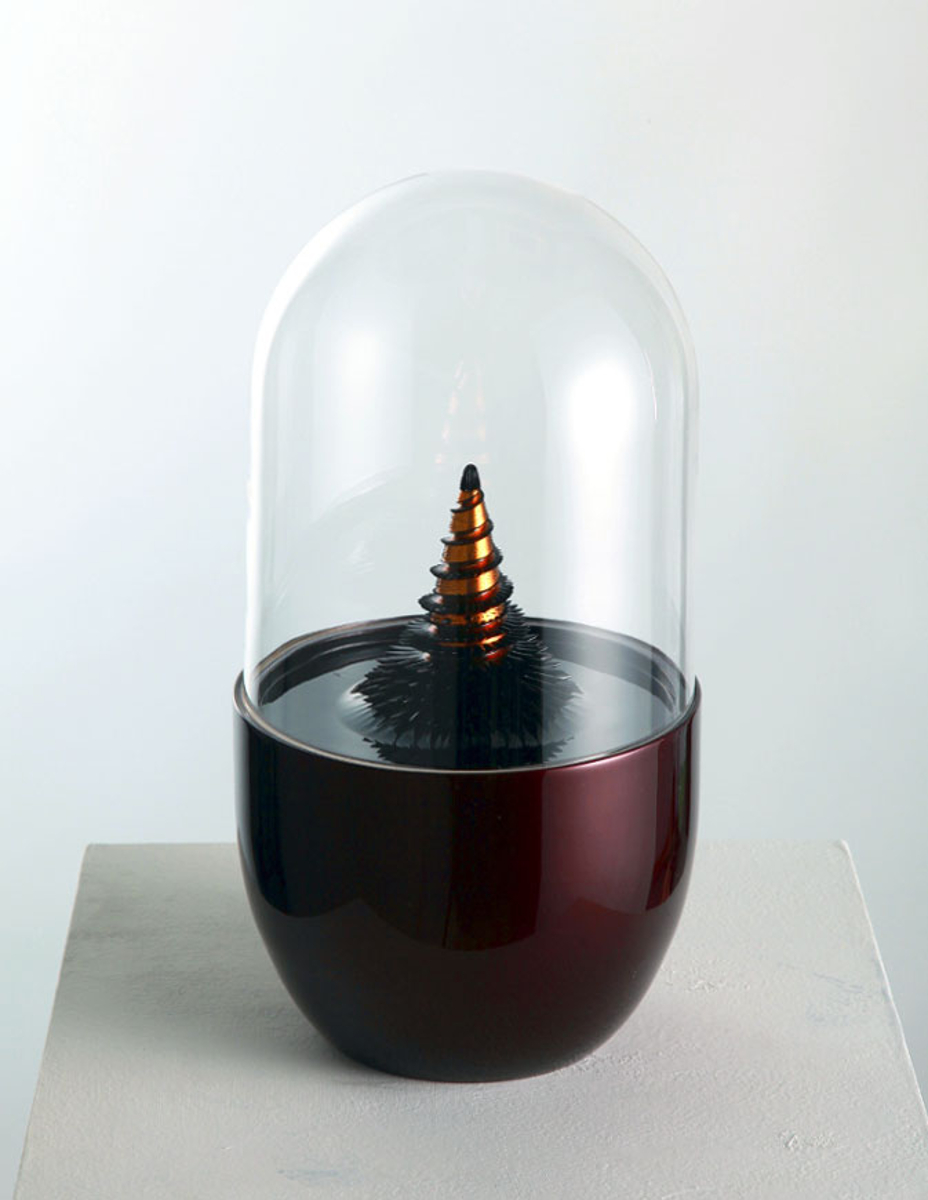 Kodama was born in 1970 in Kagoshima Prefecture. Kagoshima is the southwestern tip of the Kyushu island of Japan. It is a subtropical area whose biological diversity greatly inspired her curiosity toward art and science. She graduated in Physics from the Department of Science at Hokkaido University in 1993 then shifting her focus, and entered the University of Tsukuba’s Graduate School of Art and Design. After holding a PhD in art from the University of Tsukuba she has been teaching at the University of Electro-communications in Tokyo as an associate professor. In 2000, Sachiko began work on a ferrofluid art project that she named “Protrude, Flow”. This practice became since then the signature of most of her works. Her work has been exhibited at National Taiwan Museum of Fine Arts, Tokyo Metropolitan Museum of Photography, Wexner Center for the Arts in Columbus, Skirball Cultural Center in Los Angeles, The National Art Center in Tokyo, Reina Sofia National Museum in Madrid and the Museum of Contemporary Art, Tokyo.