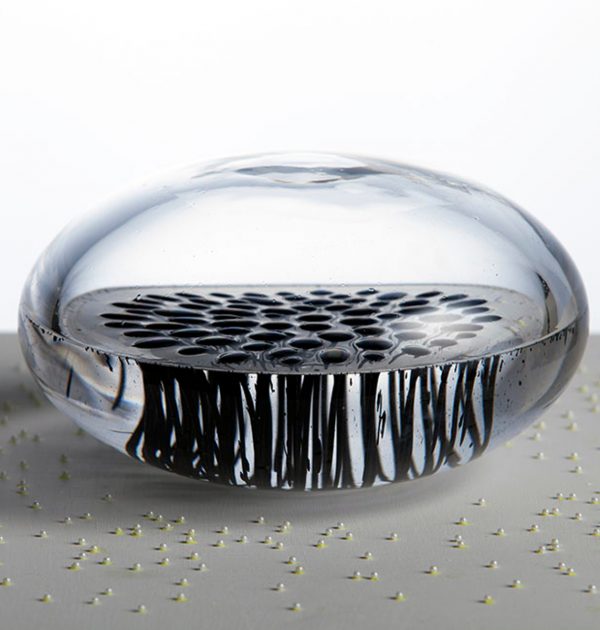 Ribome #1 is a kinetic sculpture artwork in which an organic black pattern and texture changes slowly within a transparent liquid in a glass ellipsoid. Transparent oil is enclosed in an oval-shaped glass container. The transparent oil fills about half of the container, and a black liquid (magnetic fluid) is floating on the surface. The black liquid in the glass gradually changes shape according to the slowly varying magnetic force emitted from the base. The dots, which arrange themselves in a random pattern, fuse with each other and eventually become a single large dot. Sometimes the pattern moves from the center as a large petal spreads out.