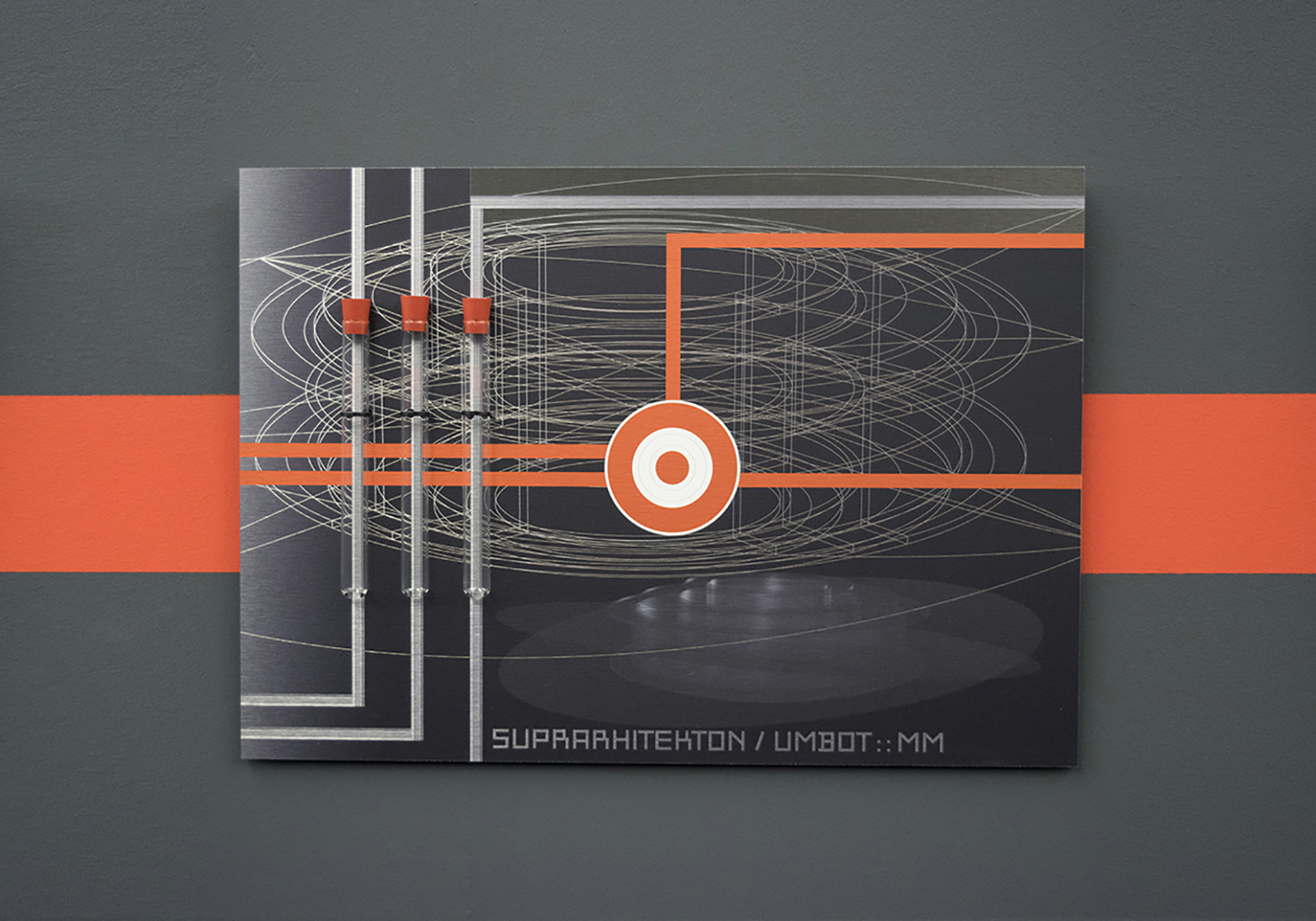 Postgravityart (Živadinov::Zupančič::Turšič) is launching its first satellite Umbot::MG in its 50-year theatre project Noordung::1995-2045. In the remaining three decades of this theatre project, all fourteen actors will be replaced by technological substitutes which in turn will be placed on Earth’s orbit in 2045, at the end of this fifty-year project. The Satellite Umbot::MG is a substitute for the actress Milena Grm, who passed away in 2011.

The fifty-year theatre project premiered in 1995 in Ljubljana. Based on a critique by Jean-Pierra Thibaudata on 5th May 1995 in the Libération newspaper, Dragan Živadinov got invited to a civilian cosmonaut selection and made it through to the final team of seven cosmonaut candidates. In 1999, the Cosmonaut Training Centre in Star City invited him to make the first theatre performance in conditions of zero gravity.The first performance in zero gravity – Biomechanics Noordung – had been accomplished before the millennium came to an end.

Because the original scenography and costumes had been destroyed by a fire, the first repeat performance on 20 April 2005 was moved from the original stage to the hydro laboratory in Star City.

A group of artists, Dragan Živadinov, Dunja Zupančič and Miha Turšič, began to develop postgravity art, art that emerges in conditions without gravity. In the pursuit of enabling a systematic implementation of artistic projects in extraterrestrial conditions, the Cultural Centre of European Space Technologies (KSEVT) was formed and, in cooperation with architects, its building, designed for the culturalisation of space and the composite of art and science, is constructed and opened in 2012. The second repeat performance was performed on 20th April 2015 at KSEVT Vitanje.

Miha Turšič (SI) was first involved into worldwide product and brand development. Since 2004 he is dedicated to the research of artistic methodologies and practices in outer space, developing post-gravity art and facilitation of space culturalisation. In his career he co-founded several institutions in field of research, development and art. He was cofounder and director of Cultural Centre of European Space Technologies (KSEVT) from 2010 until 2015.

Dunja Zupančič (SI) graduated with a thesis on Eisenstein and the Russian avant-garde. During the ’80s, using processes involving the montage of abstract textures and the construction of composites, she produced pictures of monumental size. During the ’90s, using the engineering of pneumatic and hydraulic elements, she constructed mechatronic abstracts and art satellites (umbots). On December 15, 1999, she visualised and materialised Biomechanics Noordung, the first complete theatrical production performed in conditions of zero-gravity. Since 2000, she has devoted herself to substitutes of corporeality, which she translates into amorphous structures with the help of digital tools. In 2007, she devised an art satellite/technological demonstrator for a 50-year theatre production.

Dragan Živadinov (SI) is a theatre director from Ljubljana. He was a cofounder of the art movement NSK in 1985. During the ’80s he constructed the style “retro-gardism”. In 1983, he founded the retro-garde Theatre of Scipio Nasica’s Sisters, and in 1987, the cosmokinetic observatory Red Pilot. In the early ’90s, he constructed “informances” and transformed Red Pilot into the Noordung Cosmokinetic Cabinet. In 1995, he embarked on the 50-year theatrical process Noordung 1995-2045, through the style of “telecosmism.” In 1998 he became a candidate cosmonaut, and in 1999 realised Biomechanics Noordung, the first complete theatre production in zero-gravity conditions. Since 2000, he has been constructing post-gravitational theatrical abstracts, in 2005, he staged the first reprise in Yuri Gagarin Cosmonaut Training Center, Star City and in 2015 second reprise in KSEVT, Vitanje.