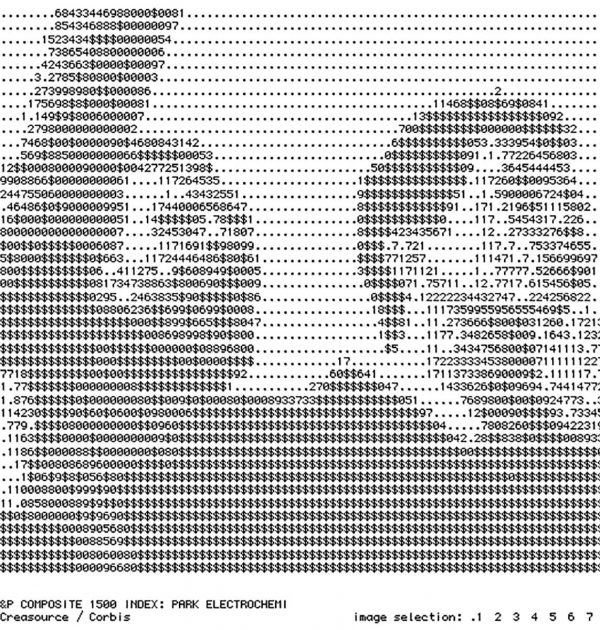 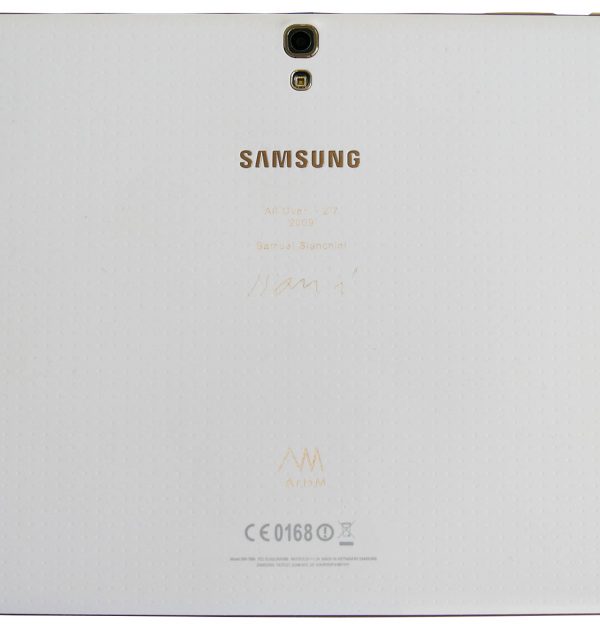 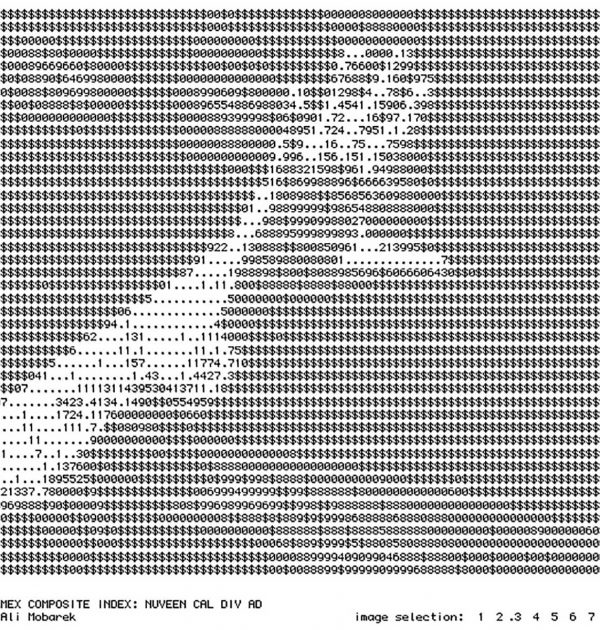 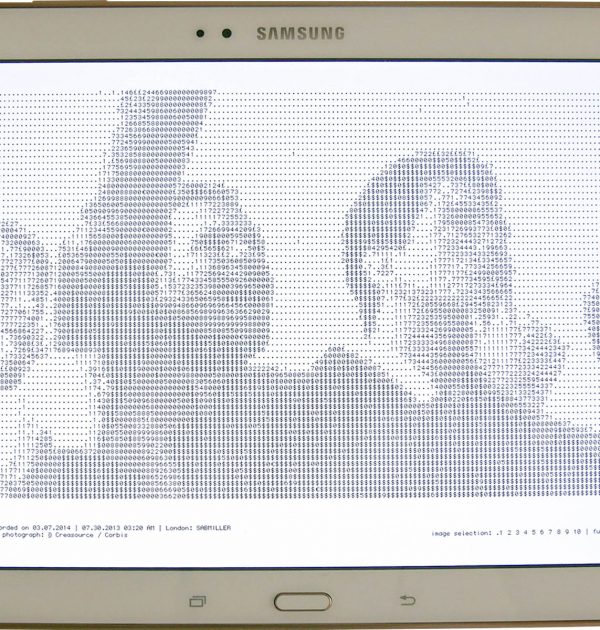 All Over (Tablet version)

All Over is an online artwork that presents a series of images composed entirely of typographic characters, much like the ASCII art once used to display images on early computers. But here, the numbers and letters that make up these images change dynamically, sourced in real time from world stock market feeds. Initially fixed, these photographs are transformed into tributaries of the financial trading that both feed and disturb them. Destabilized by this system of representation, they become just as unstable in meaning. Caught between two standards of representation, these images without captions seem to constantly strive for visibility in an uncertain reality: demonstration, traders, supporters, political or religious meeting? First realized for the Jeu de Paume Virtuel, All Over has lived various lives—as Net art, a three-part gallery installation, contemplative installation (BIP 2014)… All Over 3.0 now appears on tablet as a limited-edition development for ArTT. This contemplative artwork can also exist locally, but it achieves its full potential online, displaying through real-time digital impressionism the vicissitudes of the world… of finance.

This artwork is coproduced by Art2M.