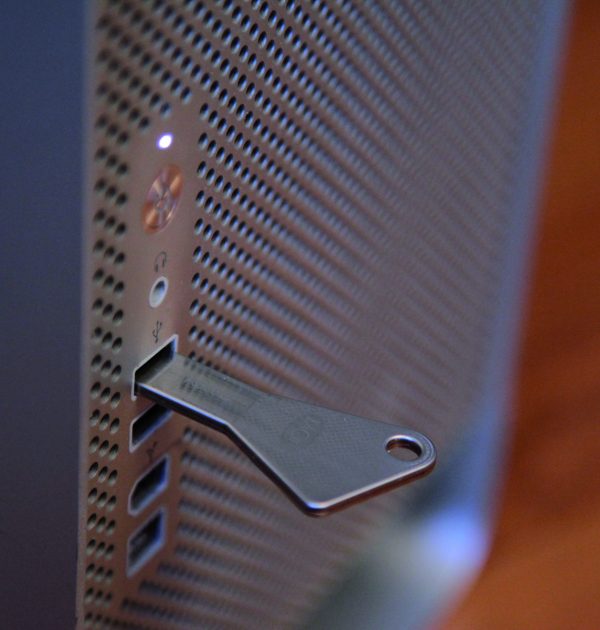 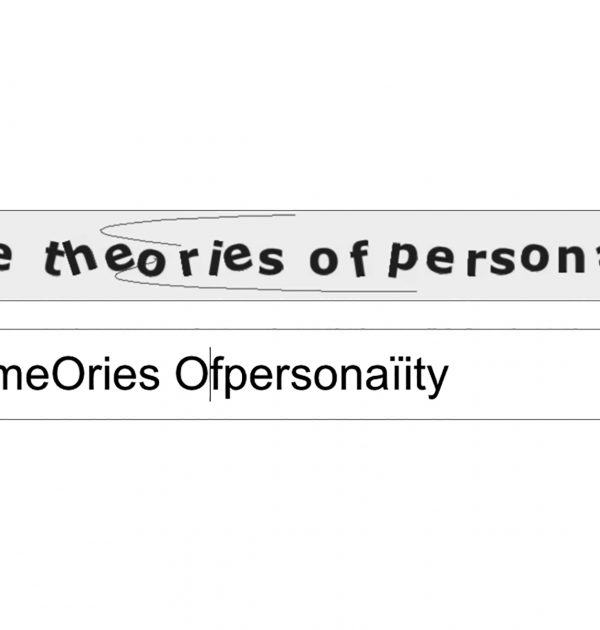 Keywords was designed for a USB key. A program is loaded on the key and seems to have no other purpose than unlocking the USB key and permitting access to its content. This access however is protected by a « Captcha » [1] test which is a type of Turing test meant to determine whether a human being or a machine is trying to unlock the key. The aim of such a protection, nowadays very common on the internet, is to prevent automated access, requests, registrations . A human being is required to identify a series of machine-generated characters which are distorted in such a way as to resist attempts made by automatic identification programs. The user has to key in the characters shown on-screen so as to give evidence of its accurate interpretation. This is the process which Keywords implements, except that it is limited to the capacity of the machine onto which the USB key is used. Launched from the key, the program generates a Captcha on the screen. But far from being random, the series of characters represented in the Captcha form words, in fact keywords taken from the area of cognitive sciences, a vast disciplinary field which aims to combine research in hard sciences and the humanities, quantitative and qualitative aspects, man and machine. Those keywords, like the ones that can be read, for instance, in introductory abstracts of scientific publications, open access as they allow sorting and classification : attentiveness, autism, behaviorism, cognitive emotion, intelligence testing, intensional semantics, lexical content, motivation, objective mode, predicate, qualia, reductionism, self-consciousness, verification, etc … A second program on that key will then attempt to interpret the characters in order to key them in automatically, below the distorted ones. The hardly legible Captchas are directly displayed and then tentatively matched with an automated response, character after character, by the second program. Though the machine fails in its interpretation, it seems to behave like a hesitant human being. Admittedly these trials are unlikely to be successful as they produce inaccurate and useless words, yet the program designed to analyse shapes and characters strives to get as close as possible to the key of an accurate interpretation. Word after word, attempt after attempt, the double series of words displayed on the screen gradually allows the perception of differences, suggesting comparison. It reveals the difficulties in this battle of the machine with itself, in the process of pretending to act as a human being that struggles to unlock a USB key by using keywords which are as many passwords.

Software Engineering: Oussama Mubarak
With the counseling of Bertrand Couasnon Imadoc Team (IMAges and DOCuments) from the IRISA laboratory, Rennes.
A work of art commissioned by the French Ministry of Culture and Communication, Centre national des arts plastiques.
Thanks to Rafael W. for the “Extended Levenshtein algorithm” library and Ronald B. Cemer for the library “Java OCR”.