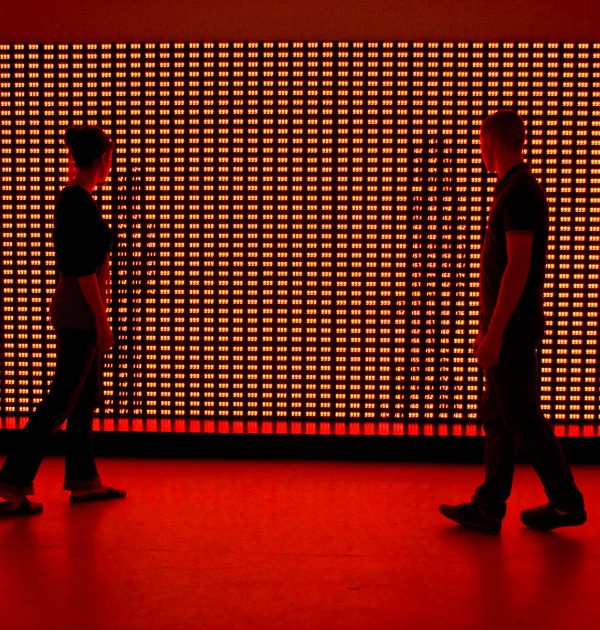 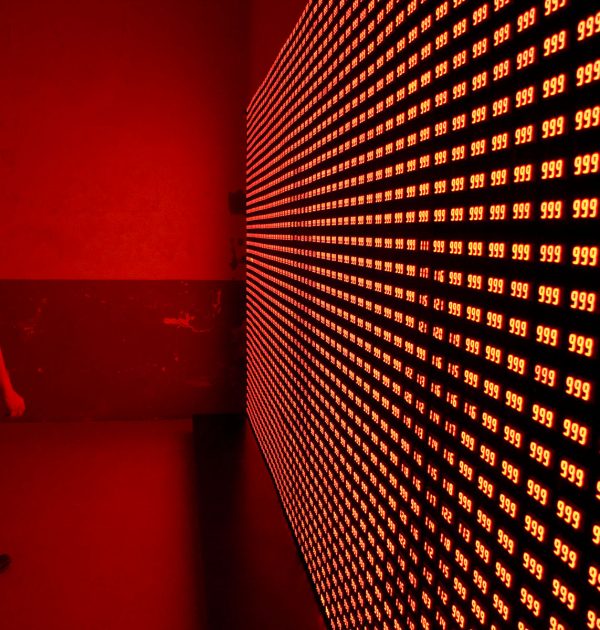 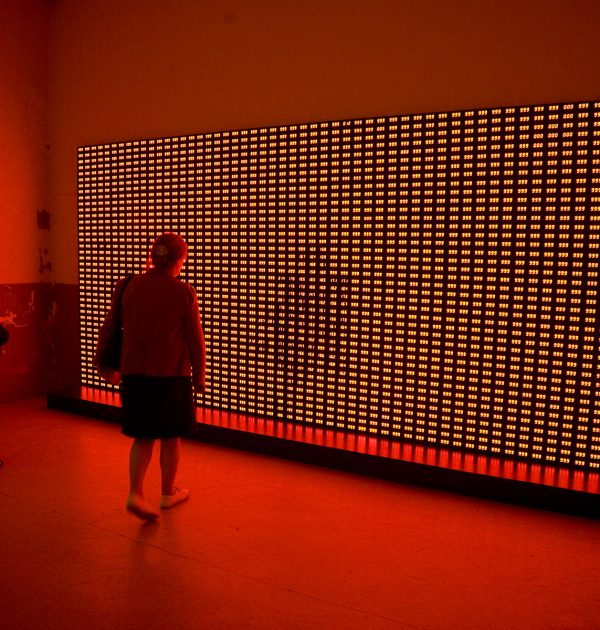 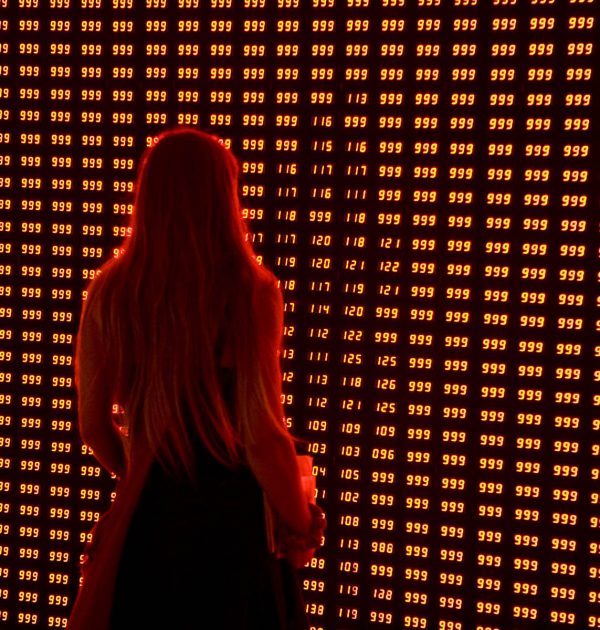 A dark room is lit up by more than two thousand monochrome counters. These small, three-figure digital display units, ranged at regular intervals, compose a board large enough to take up an entire wall of the exhibition space. Sensitive to the audience’s presence, this wall of numbers captures its activities by displaying, in real time, the distances separating the counters from the bodies in front of it. Following the movements in the room, the counters spring into action and display a variety of different numbers; they create the digital imprint of the visitors’ gestures, with each counter recording a different part of the body. Created for the 2008 Rennes Contemporary Art Biennial entitled Crossing Values, this homonymous installation calls into question the notion of ‘values’ at a moment when quantitative evaluations are insinuating themselves into every field, a symptom of the gradual and foretold coming of societies of control indexed on monetary flows.

Artwork produced in the framework of a joint research project between Orange Labs and CiTu, for the 2008 Rennes Contemporary Art Biennial  also entitled Valeurs croisées.