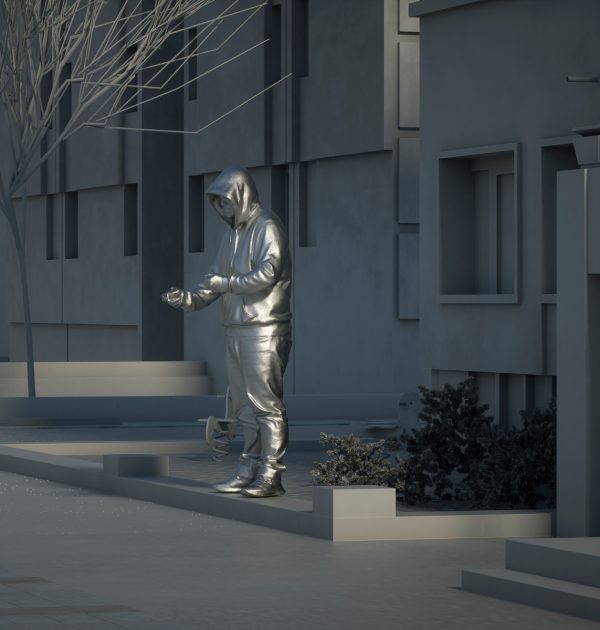 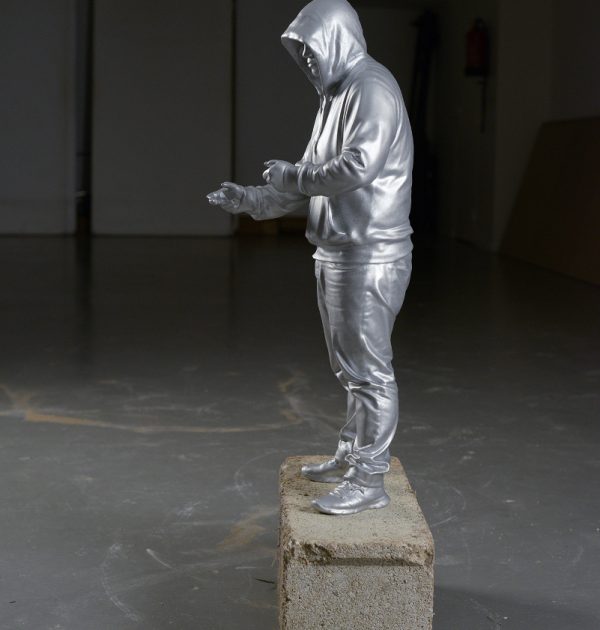 Po Sim Sambath works in the marginal territories, documenting the uses of the groups that invest them. She regularly presents her works at group exhibitions at Mains d’Oeuvres, Synesthésie, and the Bibliothèque Nationale de France. Read more

The installation stages a sculpture, generated by a 3D scanner, in a reconstructed and fictive space. The project’s French title Les Muristes transposes the Algerian slang “hitt” or hittistes to designate unemployed youth who hold up the walls “les murs”. The initial presence of “muristes”, with their public attitude of loitering in urban space, have set the stage for drug-dealing “jobs” without raising suspicion. The project is about waiting in public space and the phenomenon of anonymizing youths in the inner city suburbs. The dealer is characterized by the extremely fleeting gesture of a transaction. Outside of this gesture of exchange, almost nothing distinguishes a dealer in a hoodie from any other youth in his neighbourhood. The installation makes visible this normally unapparent gesture of the transaction, by giving the sculpture an otherwise impossible public status. By showing the particular and precise gesture of a dealer as if frozen in time, these computer-generated images suggest a reality that is both visible and invisible within urban space, while raising the political issues of such a sculpture in public space. As “le muriste” is always leaning or sitting on an element of city furniture, the project integrates these positions to question urban design, while reappropriating it from its initial use into a stand for a statue. This sculpture is the first installation of the project. Two other installations, based on the ambiguity of this presence/absence of young men in public space, are in progress. They will not use gestures.