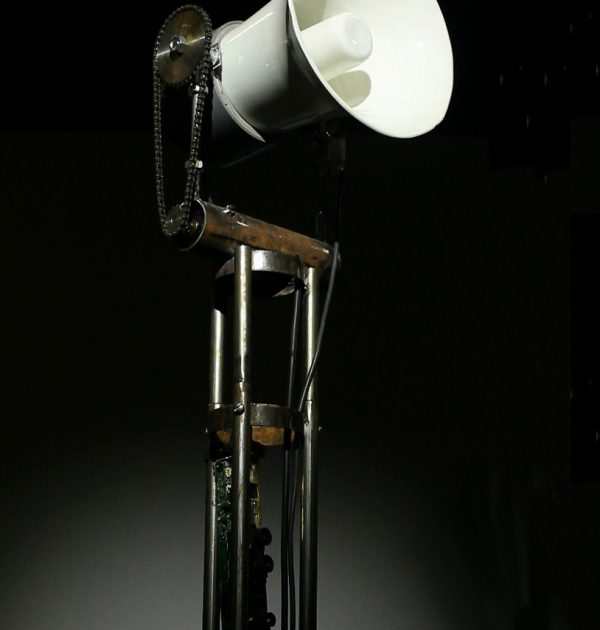 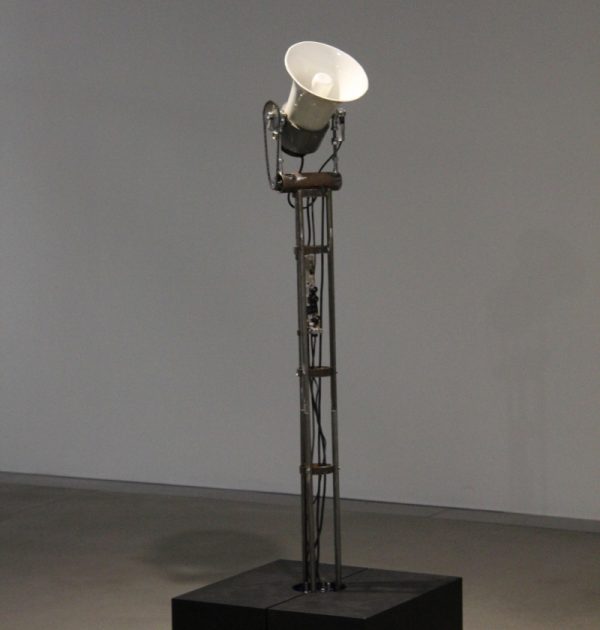 Born in Geneva in 1983. Lives in Strasbourg, France. Production and distribution circuits traditionally tend to separate visual art spaces from those linked to music. On the contrary, Zahra Poonawala tries to marry the sensations and find a means of expression connected to her dual background as artist and musician. She questions the birth of harmony, this spark that turns a sound into an object of spatial experience, with its density, its presence, or its absence. Zahra Poonawala graduated from the Haute Ecole des Arts du Rhin (HEAR) in 2007 in the “Off Formats” Art section. Read more

With The Fool’s Ballad, Zahra Poonawala gives a new opportunity to travel both inside and in the company of a sound. This installation is a continuation of previous works which already presented sound not as an impenetrable surface but as a volume to be travelled in. These works, like TUTTI, were also based on a dialogue between spectator and sounds/objects. The result was a heightened awareness of the plasticity of sound, of its living character. In The Fool’s Ballad, the sound configurations evolve according to the physical relationships between the viewer and the sculpture. At the approach of the spectator, a ceramic loudspeaker comes alive and emits a song, that of a soprano, while at the same time rotating along with the visitor’s movements. By approaching or moving away, the spectator modifies the song: the soprano is «influenced», becoming sometimes shy, sometimes inhabited, revealing a palette of nuances and different regional accents. The composition of this ballad was given to Gaëtan Gromer. The classic lied of origin is revealed under unsuspected facets. Stéphane Valdenaire