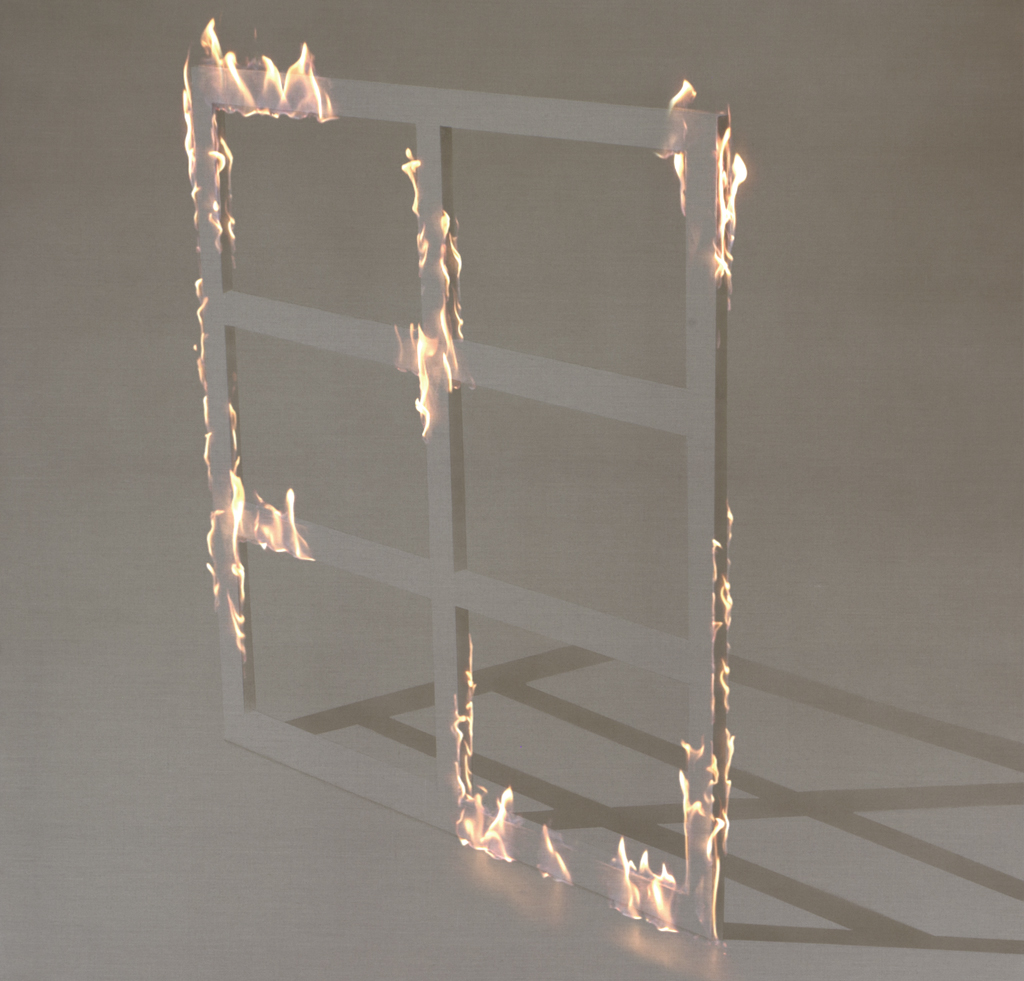 For ten years, Pascal Haudressy worked as a cultural project manager for UNESCO (Paris, France) where he launched the “Flags of Tolerance” – a project which united eminent artists such as Robert Rauschenberg, Gordon-Matta Clarke, and Friedensreich Hundertwasser. Later, in 2005, Pascal decided to devote himself to his artistic work.

Distinguished by his unprecedented artistic approach, Pascal Haudressy pioneered a new image format focusing on movement, materiality and immateriality; exploring deep mutations of our world where biological entities ever increasingly coexist with virtual life forms. The artist’s family originates in Uzbekistan. Each of his works forms a link between the distant past and the future, between science and myth, Orient and Occident. Amongst the history of Eastern painting, the Samarkand art provides a constant reference for him; an ornamental art where all is at once static and vibrant, where the twists composed of moving motifs give birth to a flux of images that endlessly reconfigure themselves a constant characteristic of his own work. Born in 1968, lives and works in Paris, France

Pascal Haudressy’s artworks are collected by French and international institutions such as the Centre National des Arts Plastiques (Paris, France), the FRAC Nord-Pas-de-Calais (Dunkerque, France), the Borusan Museum (Istanbul, Turkey) and the Museum Biedermann in Germany.

ABOUT THE EXHIBITED ARTWORK: COMBUSTION STUDY 04

This artwork can be seen at the same time as a comment on the state of painting as well as on the world of today. “Combustion Study” follows “Nature Studies” a series of oil paintings augmented by video projection, and continues to explore the junction between painting, sculpture, and video. This artwork is creating an unexpected convergence between the space of the canvas and the frame. What is the frame representing, a simple element of space or an allegory of our living environments? 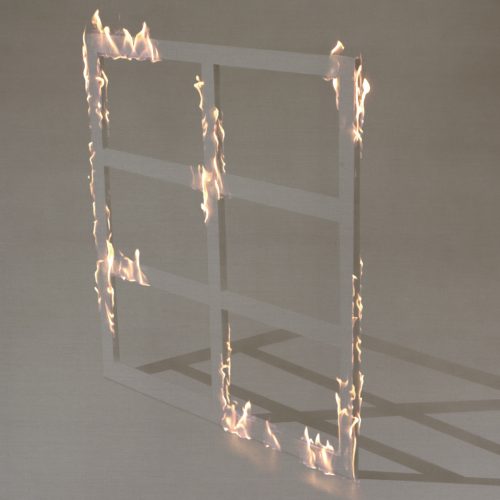 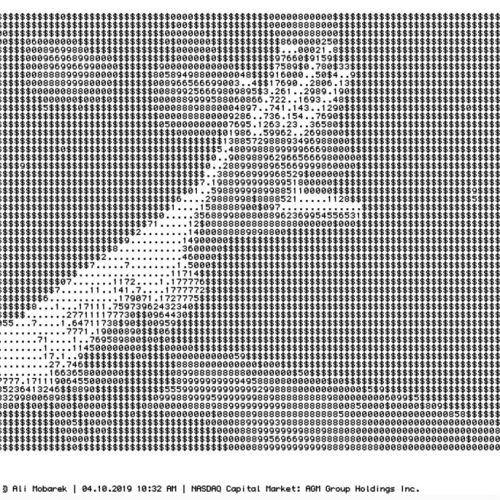 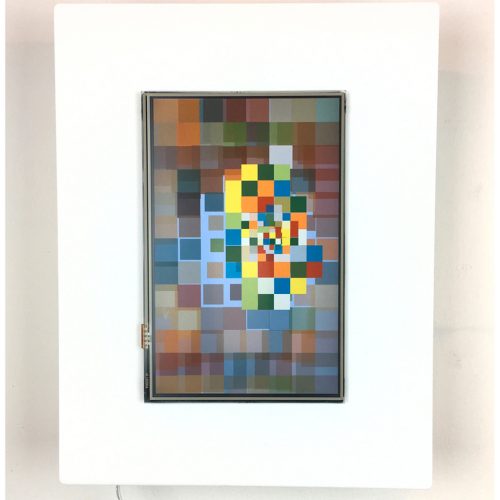 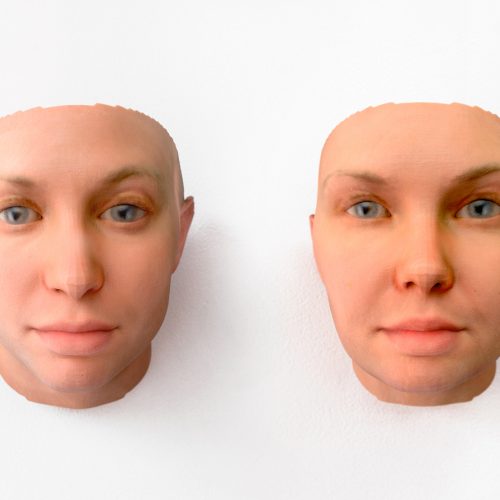 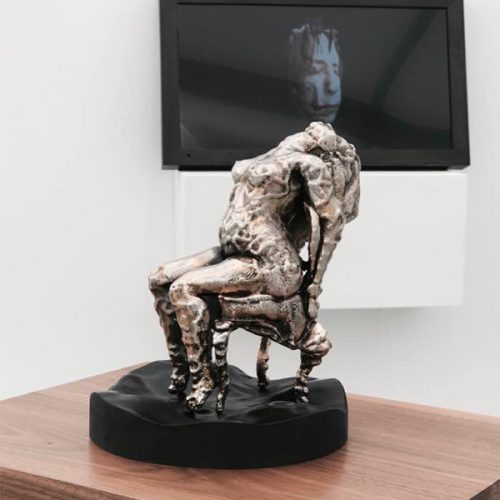 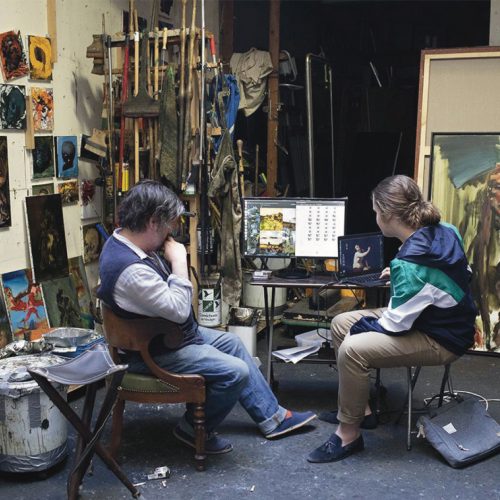 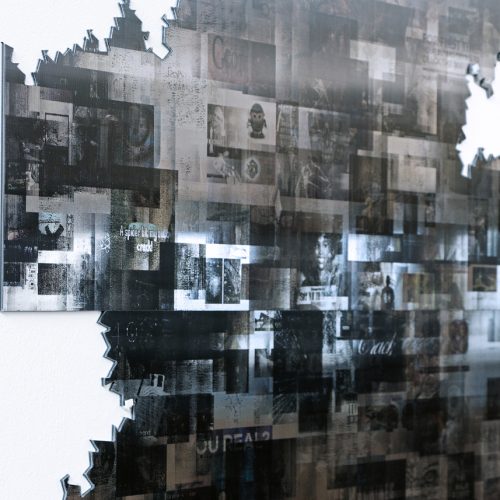 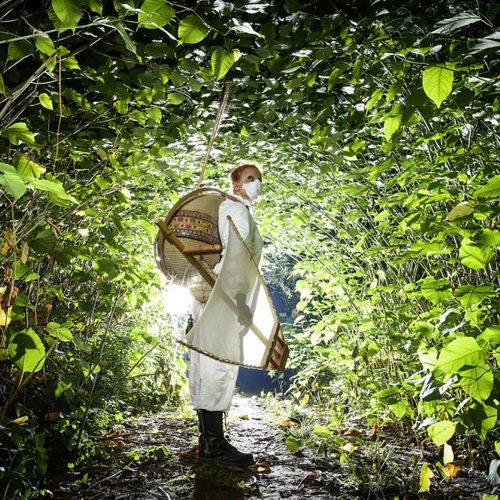