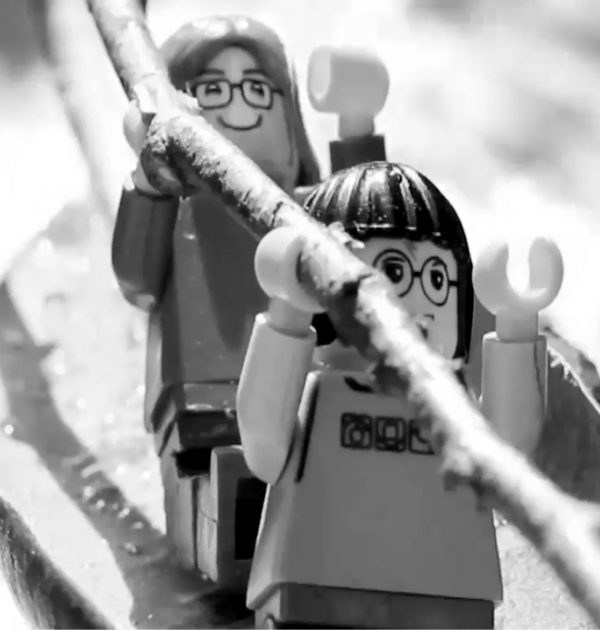 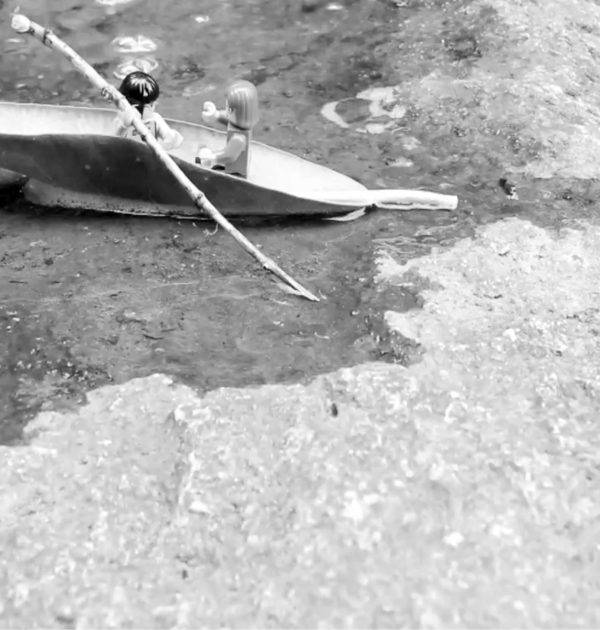 The artists’ Lego-avatars are having exciting and hilarious adventures in a park, implying live being an adventure to be truly enjoyed with every breath! A stop-motion animation, entirely shot in Hamburg’s Planten un Blomen public park. Beginning with the birth of the avatars out of chestnut covers, the two immediately start running through the park, climbing on huge plants, sliding down trees, hunted by bees, just to be confronted with a frightening spider. Their unlimited curiosity makes them climb a dead tree, descending by a rope and landing in the Japanese Garden, canoeing down the rapids to be almost overrun by a gigantic stone – a jump from the cliff is the only way to escape. Adventures is part of the Incite/ set “Holistic Glue”, premiered in October 2012 at Pluto Festival Opwijk/ Brussels.