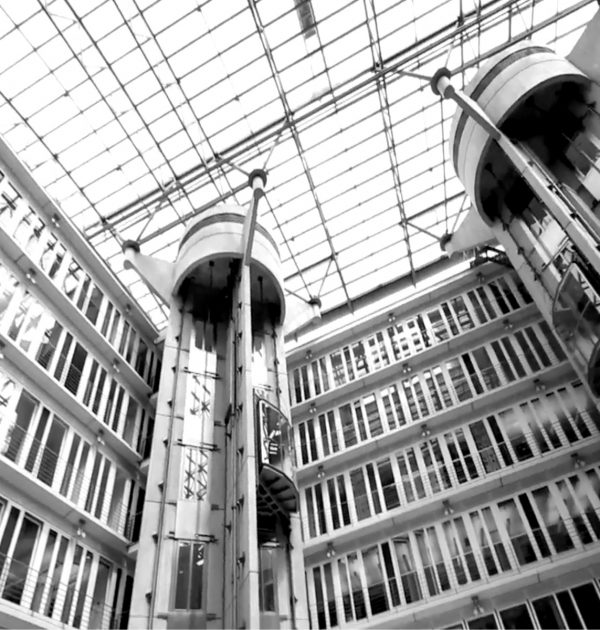 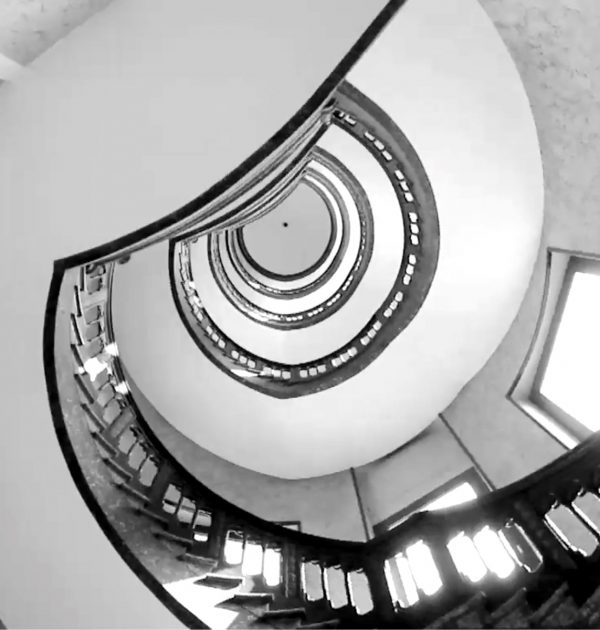 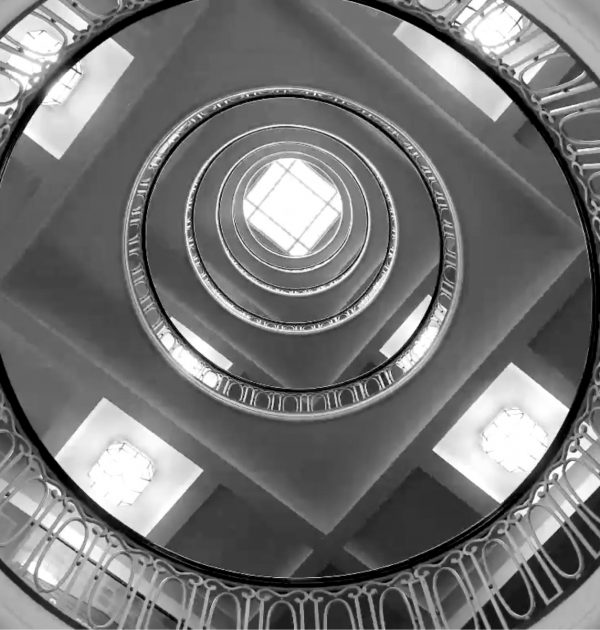 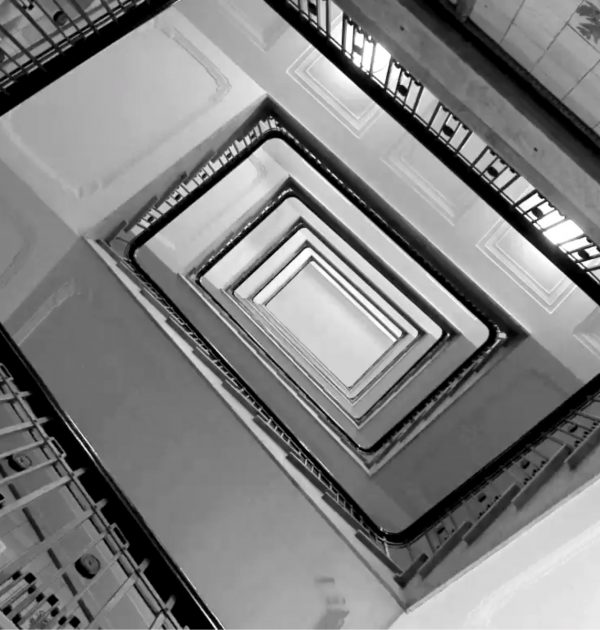 Staircases in Hamburg’s Wilhelminian traders’ office buildings are some of the least known but still very striking examples of the enormous affluence OF the city and its inhabitants know well to hide (rich Hamburgers are famous for their unobtrusive way to deal with their wealth.) Up & Down presents some of these staircases, along with elevators and one of the rare paternosters in a frenzy trip, driven by a minimalist step-sequencer-based electro that dances through these staircases, one after the other, around and about, up & down. Up & Down is part of the Incite/ set “Holistic glue”, premiered in October 2012 at Pluto Festival Opwijk/ Brussels.