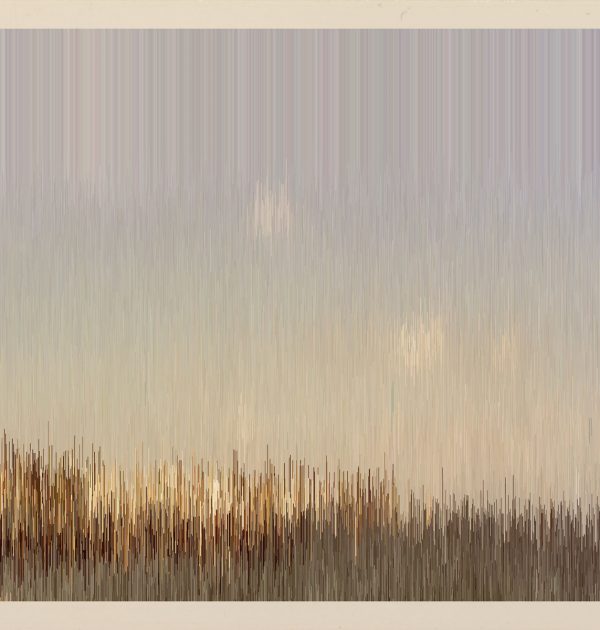 Andrea Wolf is a Chilean-born interdisciplinary artist living and working in New York. Her work consists of ongoing research into the relationship between personal memory and cultural practices of remembering. She creates multimedia installations and video sculptures that explore how technology, media and memory affect and transform each other, creating models of remembrance that are culturally shaped. Read more

Seven Memories of Capri I Never Had renders the tension between index and desire through a series of videos of old found photos from a summer vacation in Capri on July 1963 that slowly fade into their dominant colours. A pixel sorting algorithm manipulates the pictures, lunging them into movement: the shapes and figures are washed out and turned into dripping pixels, becoming just a trace of an irretrievable moment; the painful knowledge that the thing longed for will never quite be attained. Time always entails a loss; as time passes by, something is constantly being left behind, and there is mourning, as well as a need to grasp what lingers. Every event as it becomes the past loses its concrete nature and turns into an outline. But as Deleuze writes about the Time-Image, “the past does not follow the present that no longer is, it coexists with the present that it has been”.

«I’ve never been to Capri, yet I long for that summer in the Mediterranean as its colours fade away. I wonder how much of my memories are the memories of others, a quote of a quote, a learned desire of what should be or should have been or could be. The frontiers of our memories are blurred, beyond their personal narrative, they belong to a larger imagery and ethos. “Sehnsucht” is a German word that can’t be translated adequately. Other languages have to make do with terms like nostalgia, yearning, longing. But they don’t fully represent the meaning of “Sehnsucht”. While Nostalgia refers to a wistful, even unappeased yearning for the past (in Greek “nostos” means return and “algos” means suffering, hence the pain of the impossibility of going back), “Sehnsucht” speaks of the desire of an absent thing, referring both to something that was and something that has never been. C. S. Lewis described it as the “inconsolable longing” in the human heart for “we know not what.” In “Seven Memories of Capri I Never Had”, I propose/present an inventory that activates the archive – a re-appropriation of anonymous stories – while recognizing a system in which the function of the past is not determined by its status as an unequivocal event, but of desire. And driven by desire, memory allows for both preservation and erasure, and memory objects can be manipulated to facilitate new versions of the past or even more so, for new yearnings and longings». (Andrea Wolf)