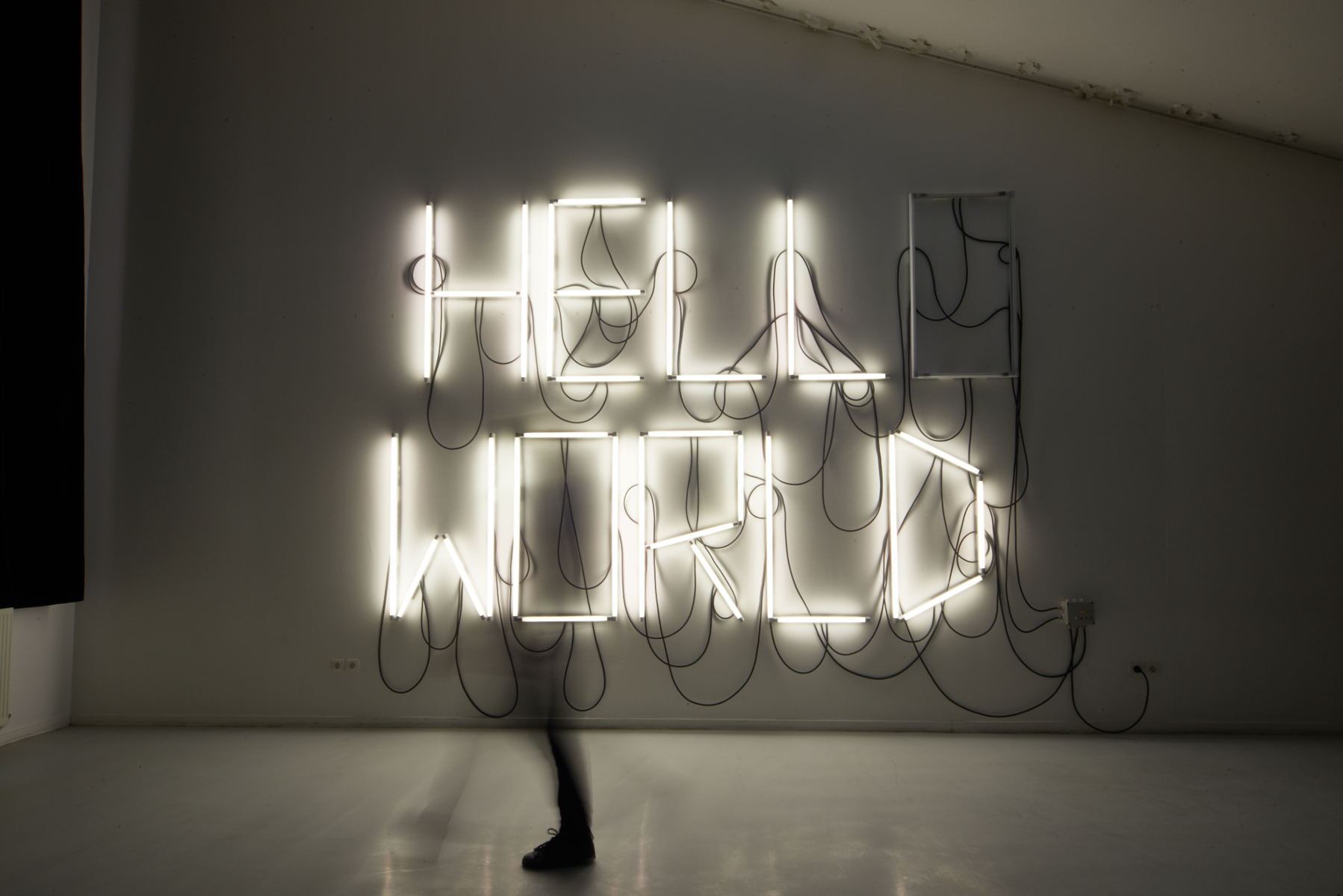 Fabien Léaustic, born in 1985, is an artist who graduated from both an engineering school and the national school of decorative arts in Paris. Informed by science, mathematics, mechanics, thermodynamics, Léaustic’s (re)conversion work leads him on artistic roads… roads which have been crossing and observing each other for centuries, if not forever. His quests delve into both the universe and the human mind, where he plays the role of intercessor for viewers who perceive in his installations what is not supposed to be. Light, his main tool, reveals the invisible for viewers to see and feel… while science serves art to undress the invisible and ephemeral to which we are condemned or assigned. The senses of sight and hearing are equally immobilized to liberate the viewer. Water, light, machines, sounds, optics, physics of fluids, digital technology: cosmic experience… In his installations, Léaustic sacralizes scientism through the open doors of perception.