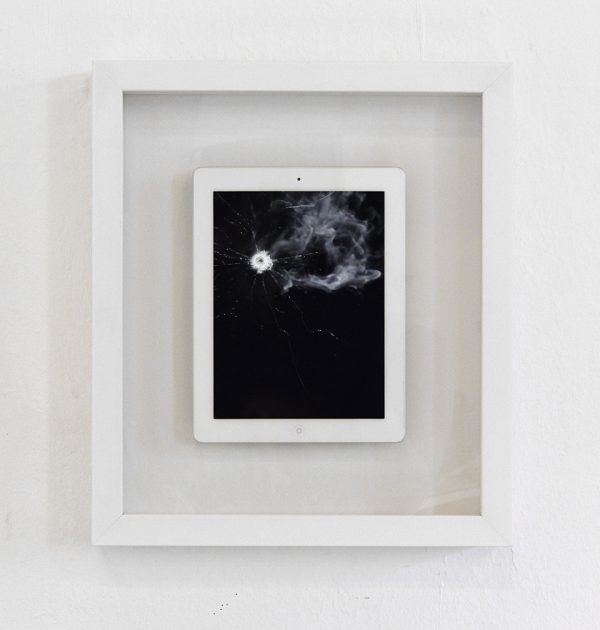 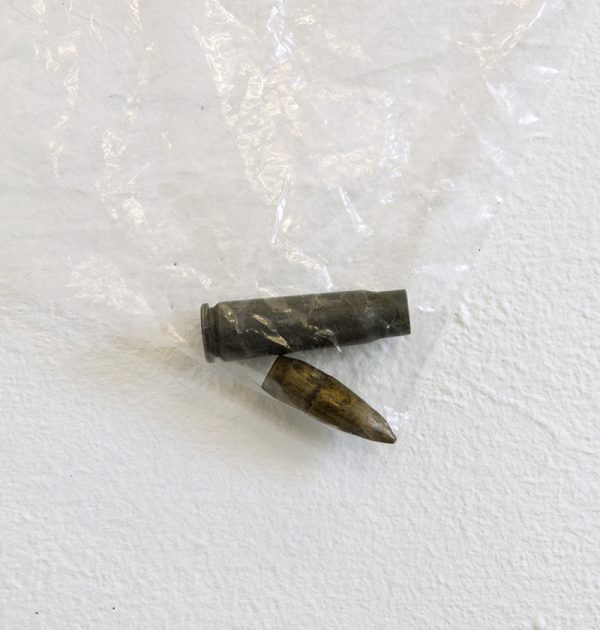 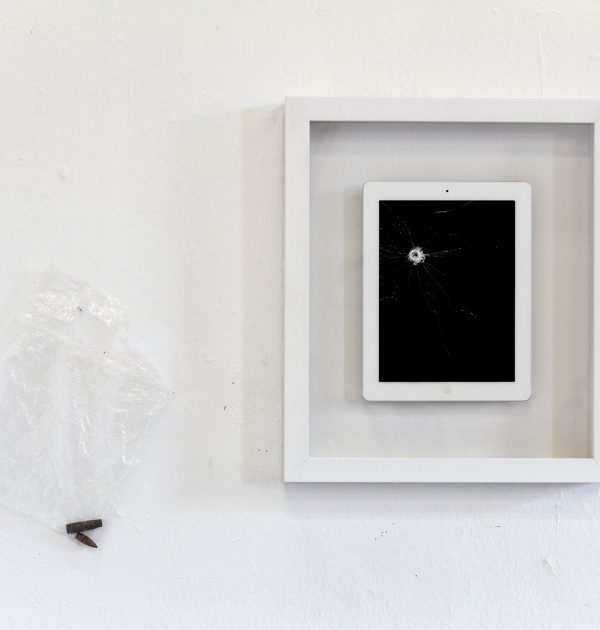 «On 26 February 2016, I fired an AK47 at an iPad. A high frame-rate video and a sound recording were made of the bullet hitting the screen. The installation consists of a functioning iPad, accompanied by a plastic bag with a bullet and an empty 7.62x39mm cartridge. The device plays the video and sound of the destruction of the screen of the shot iPad. Subsequently, the recordings are played backwards in slow-motion. The sequence is repeated. The iPad shows an endless process of its own destruction and regeneration.»