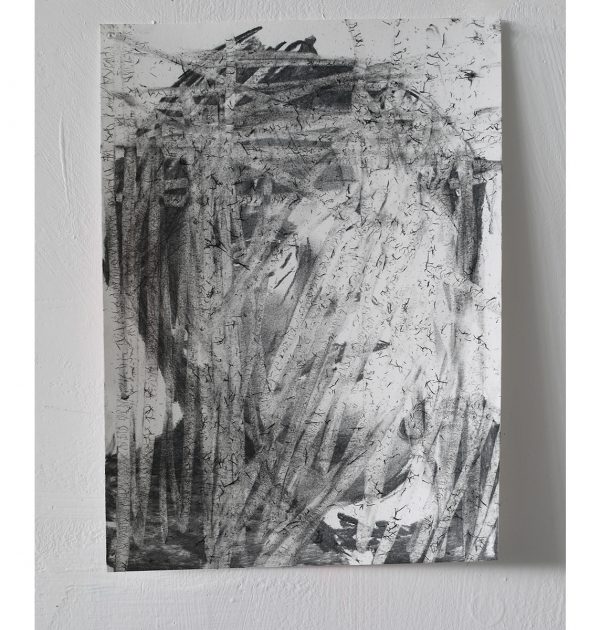 «This work is part of the series “Erased Portraits” initiated in 2012. As I was invited to participate in the “DISGRACE” exhibition at Générateur in Gentilly, on the way I learned that Benoit XVI had resigned as Pope. So I decided to reconsider my project in situ and created a large-format portrait (250 x 360 cm) of the outgoing Pope, which I then completely erased, while keeping the eraser crumbs glued to the paper. This gesture has become fundamental to an entire body of work that I still continue today. In this series, erasing is a tool to transform the image into raw material, the image itself becomes the medium instead of paper, and the drawing engages at another level, questioning the photographic or digital image, as well as matter, history, absence or presence… So with the eraser I am attacking both the charcoal material and the iconic image represented—I am not so much erasing Benoît XVI himself as his static and frozen image, moving from appearance to apparition. These drawings are in an intermediary state of transformation resulting from common energy in the acts of drawing and erasing; there is neither negation nor contradiction, only continuity.»