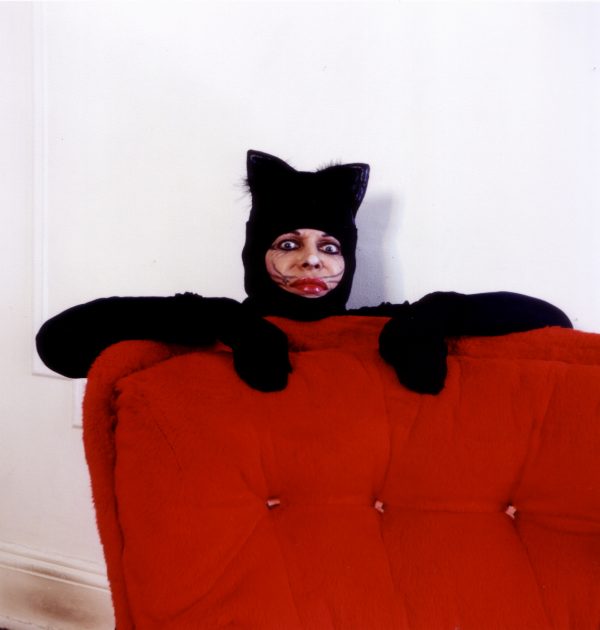 Genesis Breyer P-Orridge, The Cat #3 (in collaboration with Bernard Yenelouis)

« This photo was taken during the making of my Feature film THE BALLAD OF GENESIS AND LADY JANE from 2004 to 2011. It was taken in Genesis’s home on her roof while she lived in a beautiful old Brooklyn home. We spent the day inventing pauses and costumes to take a whole series of photographs, it was a wonderful and joyful day. Genesis had a dog and didn’t really like cats, so I thought I had to put her into a cat woman costume which she laughed a lot and played the game fully in her great living room filled with amazing red chairs. My friend Bernard Yenelouis helped me with the shoot while Genesis. She loved this photo and her soft animal side! »