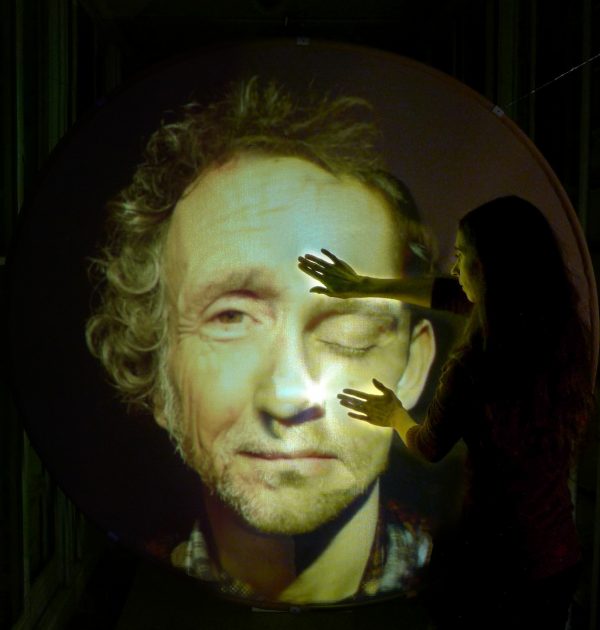 This artwork is composed of a multitude of faces from different people. The interactive installation grows and evolves during all the exhibition period. A face appears in video projection on a fine circle made with stretch fabric. It is a symbolic skin to touch and explore. When someone caresses and touches lightly deeply the fabric, another part of another face appears under the hand. Like a Russian doll or like a multitude of puzzles of faces superimposed one upon the other, these faces are nested. A multitude of scenarios is possible. A caress on the eyes reveals the sight of another person. A touch on the lips of a man reveals the smile of a woman. The light touch on the cheek of a child suggests the wrinkles of an old man. The order of the faces evolves randomly after several minutes. The faces come from voluntary visitors filmed during a few seconds.