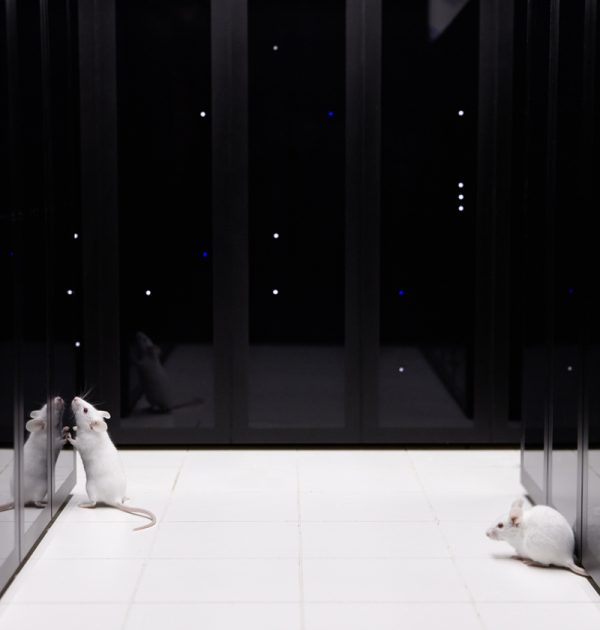 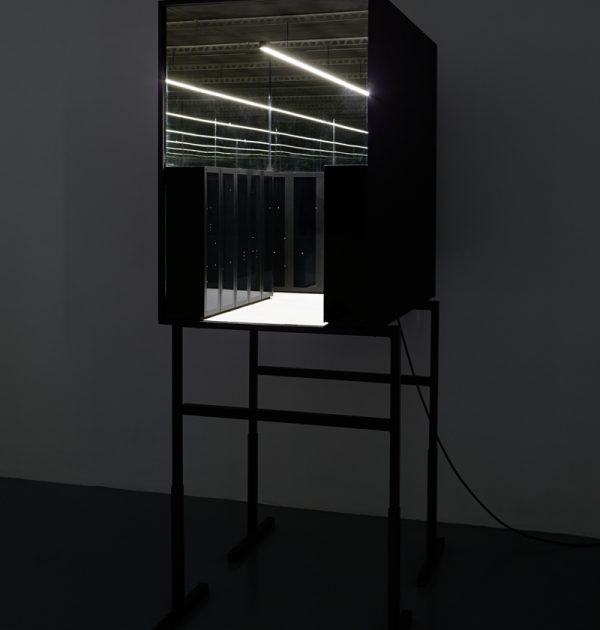 Stéphane Degoutin and Gwenola Wagon’s ongoing project aims at breaking new grounds and offer a possible exit for mankind to escape what might otherwise be a fatal destiny. Both artists worked together between 2005 and 2009 to analyse, investigate and propose transformations of little-know public spaces by organizing forums and events such as “Work Theme Park La Défense”, the Vincennes zoo research lab or the Utopia Factory Abraxas laboratory. Since 2011, they have been focusing on videos and filmic performances among which the movie Mute, Museum of airport and Dance Party in Iraq. After having co-founded the research lab LOPH Combatting the planned obsolescence of mankind, they put their efforts into the World Brain project which depicts the global networks that surround us. World Brain is meant to question connectivity and shared intelligence, analyse its adverse consequences and ultimately present a possible alternative for mankind. Read more

Model created for the exhibition “Media Mediums” (Espace Ygrec, 2014) and for the shooting of the movie World Brain (Arte, 2015), mixed materials of a data centre on a 1/5 scale.

In 2013, researchers at Duke University succeeded in setting up brain-to-brain communication between two rats. Then they linked up one hundred rats, then one thousand. A wireless meta-rat brain was created. No one knows exactly what it produced (rat thoughts cannot be decoded yet), but one thing was certain, the behaviour of the rats changed, the group cohesion was astounding. The camera, placed at ground level, circulates nervously in a data centre, scanning the isotropic aisles, immaculate and sterile, all bathed in a uniform light. It is synchronised with the rhythm and perception of a rat exploring the space, moving in and out of the machines. The rat moves along the corridor, slowly but surely. He advances like a path finder, marking out the terrain for its community, stopping occasionally in front of certain servers. The noise makes one think that he is starting to nibble on the cables.