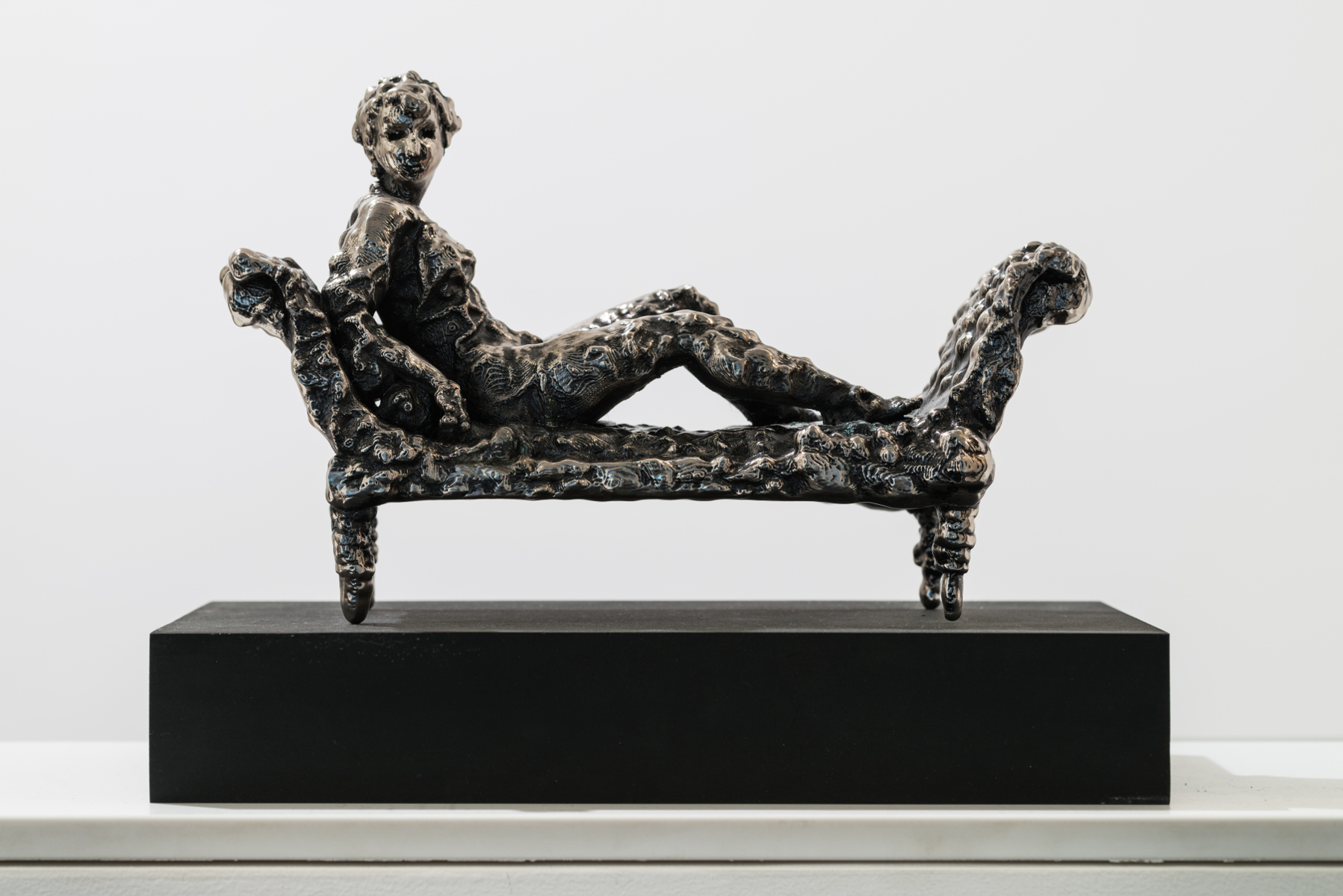 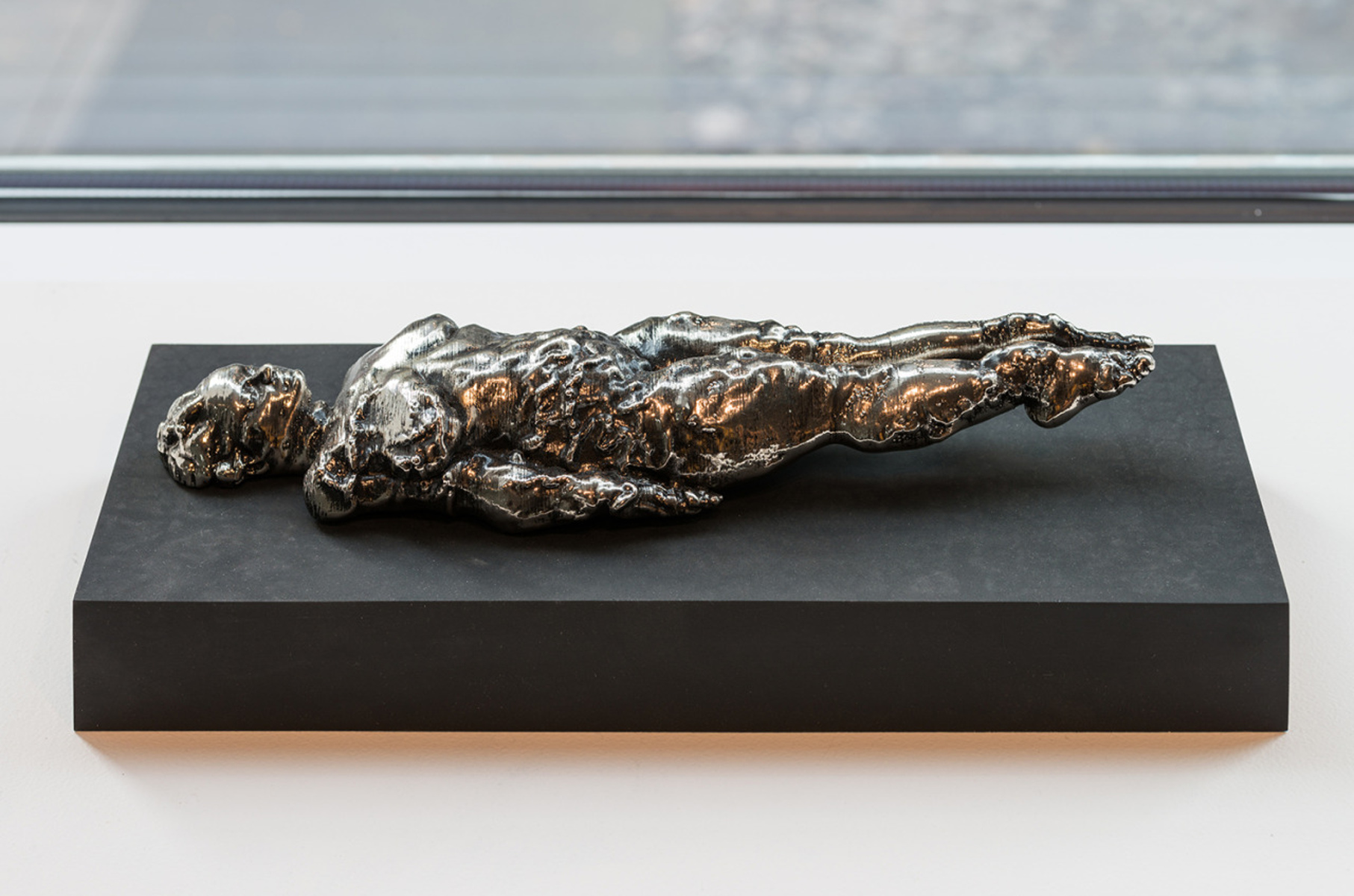 Claudia Hart emerged as part of a generation of 90s intermedia artists in the “identity art” niche. She still examines identity, but updated through the scrim of technology. Claudia’s art is about issues of the body, perception, and nature collapsing into technology and then back again. Everything is fluid in it including gender. She considers it Cyborg-ish. She creates liminal spaces, an overused word she knows, but, she’s in love with the interface between real and unreal because it is space of contemplation and transformation.

Claudia Hart was an early adopter of virtual imaging, which means using 3D animation to make media installations and projections, then later as they were invented, other forms of VR, AR, and objects using computer-driven production machines, all based on the same computer models. She thought of as a pioneer, having taken a feminist position in a world without women when she started 20 years ago. She was totally dedicated to this position, mainly out of necessity, inspired by the French media artists of the 60s. Claudia still makes things that are not ephemeral: “mediated objects” (digitally enabled sculptures, drawings, paintings, wallpaper, conceptual crafts), projections on painted walls, and ultimately on human bodies wearing sculptural screens of some sort. She has produced bodies of work shown in galleries that inspire performances which are also shown in the experimental theater and performance context. Her work is symbolic and poetic, not narrative, but vaguely so, and is mesmerizing, hypnotic and formalist (she’s into beauty). Bodies or natural forms like flowers always appear in it. Her new piece, Alice Unchained, will premiere at the Pompidou in 2018/19. It is the end of a trilogy loosely inspired by Alice in Wonderland, featuring queered, cloned Alices, currently 11 of them.

What Claudia does is often called “post photography.” But the things in her worlds are generated from computer models instead of captured with a camera. At the School of the Art Institute of Chicago, where she teaches, she developed a pedagogic program based on this concept. Experimental 3D is the first art-school curriculum dedicated solely to teaching simulations technologies in an art-world context.  Her students have driven a wedge into the art world, making her art-life very active because she often shows with my former students. Claudia Hart works with Transfer gallery and bitforms gallery, both in New York and is married to the Austrian media artist Kurt Hentschlager. She lives in New York and Chicago and she is a tenured professor at the School of the Art Institute of Chicago.

ABOUT THE ARTWORK «ALICE TEA SET» 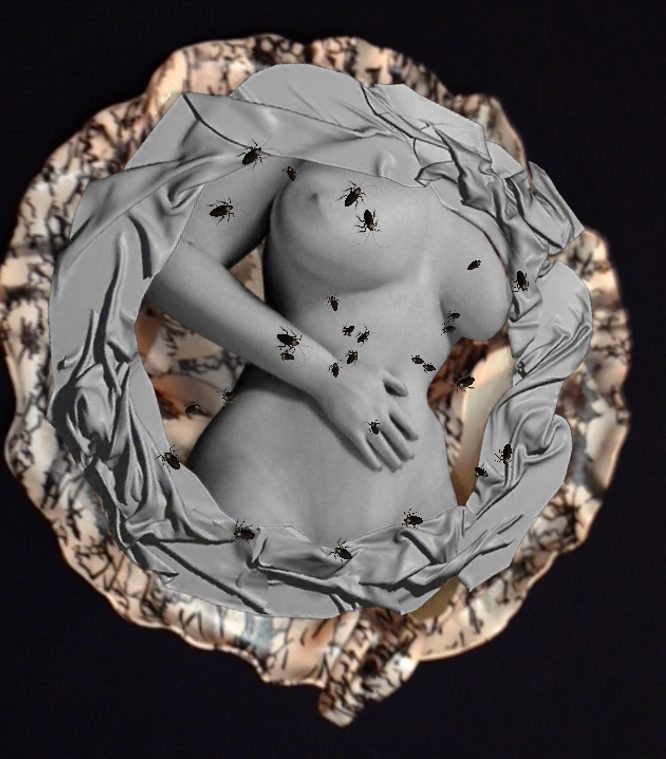 Alice Tea Set is a porcelain tea set on which one can view a naked sleeping odalisque, through a smart device by using custom augmented-reality software. This sleeping figure tosses and turns, apparently lying across one’s meal. Artificially intelligent insects crawl in endlessly mutating patterns over both the illusory figure and your solid, “reality” food. The technology behind the Alice Tea Set is a special augmented-reality app, designed by the artist, created to accompany the miniature tea sets, hand-thrown by Kimi Kim. Once launched and the camera of your device is directed towards the plate, the app recognizes a decorative pattern inscribed on the porcelain, to display a custom-authored video projection that seems to be a part of your meal.

Alice Tea Set imagery is enigmatic and dream-like, adopting the cinematic style of early twentieth-century Surrealist photography and experimental film. The inspiration for Alice Tea Set was Chien Andalou, the 1929 film by Luis Bunuel and Meshes of the Afternoon, the 1943 experimental film by Maya Deren. Hart’s approach to the custom app is to locate it within the media histories of avant-garde photography, film and video just as experimental artists have always worked with new technologies from their initiation, beginning with the development of photography in the late nineteenth century. With the Alice Tea Set, the artist draws on the visual style and psychological subject matter of early technologies, from those you see in early Surrealist photography and film, as well as those found in even more media “archeological” technologies such as the peep-hole camera and the Zoetrope. With the Alice Tea Set porcelain dish, an erotic transgressive layer of imagery floats in an illusory space across your supper. And just as our dreams arise from the unconscious, augmented projections manifest in an illusory liminal space… the puerile truth behind the sophisticated bourgeois world of interior decoration and design. 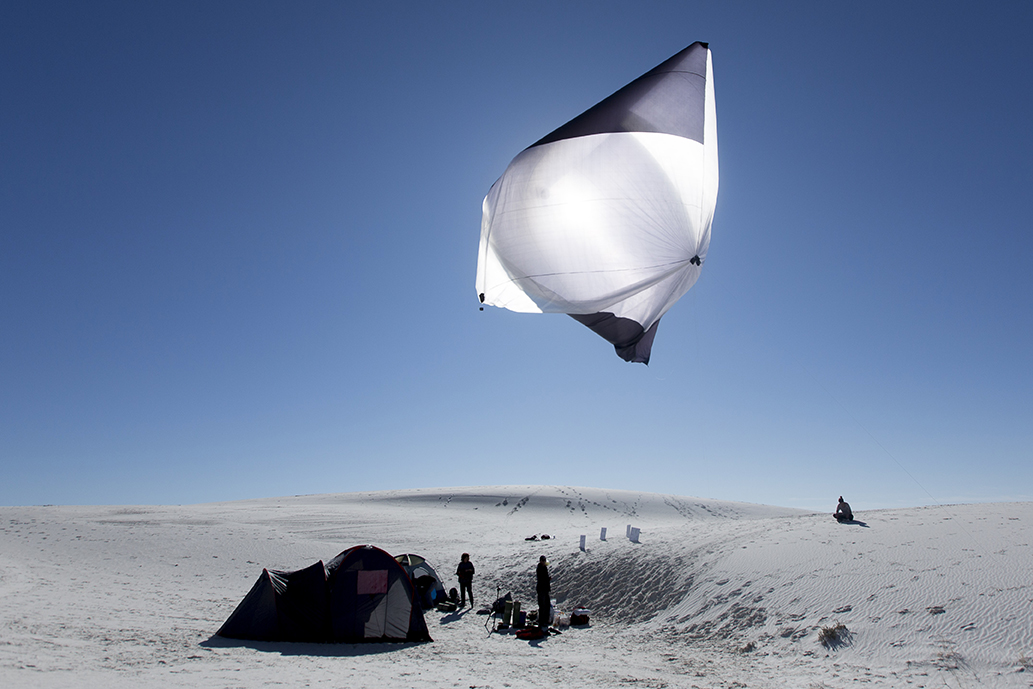 “The Future Starts Here”, ground-breaking technologies and designs at the Victoria and Albert Museum in London

“The Future Starts Here”, ground-breaking technologies and designs at the Victoria and Albert Museum in London