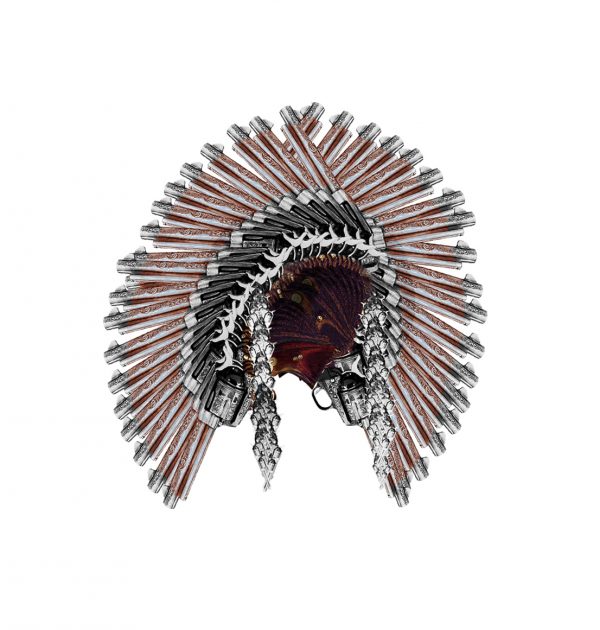 The Writing of History, COLT

The Colt is the iconic weapon of the Western Conquest. For a number of years, Lisa Sartorio has put her camera aside. Because of the overabundance of images, she has decided to build some recycling processes. Her work questions the paradox surrounding the hyper-reproducibility of images obfuscating the content and the meaning of what we see. The series The Writing of History is produced from photographs of war weapons found on the Internet that have played a major role in world conflicts. Unlike the other works of the series where the multiplication of the image creates landscape visions, COLT remains focused on History.